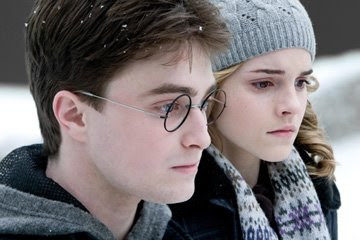 In a surprise move today, Warner Brothers announced that Harry Potter and the Half-Blood Prince has been bumped back from Nov. 11 2008 to July 17, 2009.

Warner president Alan Horn said the delay was due to the writers' strike, which left the studio with a lack of summer tentpoles, and the film was moved to fill that hole. The film itself has been completed on time.

Jacstev said…
I totally very disappointed with this decision.
10:18 AM

Anonymous said…
I have a feeling that both Matthew and I are not mourning this decision! LOL!!!!!
4:51 PM

Matthew Lucas said…
Actually I'm very disappointed. I love HARRY POTTER and was very much looking forward to this.

Anonymous said…
I am so disappointed as well, major suckage indeed.
5:24 PM