It's safe to say that 2020 will be a year few will miss. It was an especially unusual year for film, with theaters shut down for most of the year, many films were either delayed or released directly to streaming, or via special "virtual cinemas." While this year has doubtlessly been hard for many, the future of cinema remains in doubt. But despite the troubles facing exhibitors and distributors alike, 2020 was actually quite a rich year for cinema, with barriers between what constitutes a film being broken down and leveling the playing field with the major studios often sitting on the sidelines. For those stuck at home, there was plenty to love on the small screen, and even though many of us long for the the theatrical experience to return, these are the films that I most want to carry with me from a year I'd prefer to leave behind. 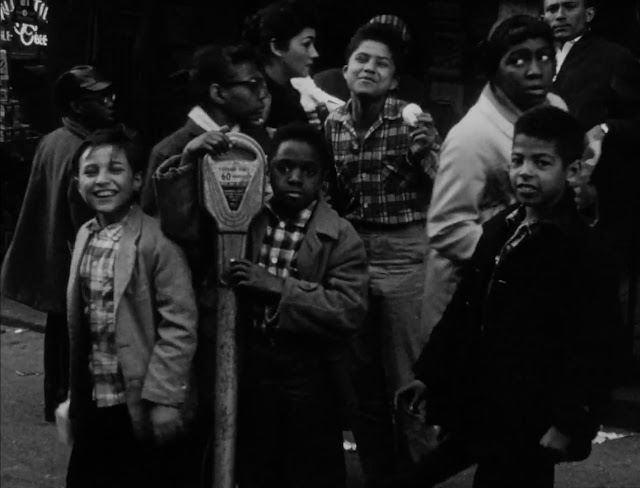 Manfred Kirchheimer's city symphony, shot in 16mm between 1958 and 1960, recalls Ivens' Regen(1929), Sheeler and Strand's Manhatta (1921), and Ruttman's Berlin: Symphony of a Great City (1927) in equal measure, beautifully capturing the electrifying immediacy of the great silent avant-garde artists that brought their cities to life in a very specific time and place. At once vibrant and melancholy, Free Time is teeming with life, every frame crackles with energy, capturing small moments of spontaneous humanity that feel like a window into a bygone era. This thing is a stone cold masterpiece. 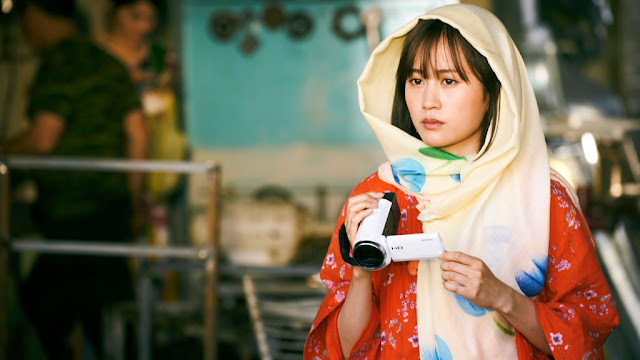 2. TO THE ENDS OF THE EARTH (Kiyoshi Kurosawa, Japan)

Kurosawa has woven a deeply incisive tale of a woman who would supposedly go to the ends of the earth for a story, but is never allowed to probe the depths of her own dreams. Constantly second-guessed, patronized, and marginalized, surrounded by men who we always suspect of talking about her in Uzbek behind her back, Yoko reclaims her voice and her agency in one of the most cathartic denouements of 2020; beautifully meditating on femininity, patriarchal power structures, and finding your joy in a world that is constantly trying to put you in a box. Part fish-out-of-water comedy, part media satire, part feminist manifesto, To the Ends of the Earth is a quiet wonder of a film, a perceptive and lyrical interrogation of alienation and loneliness that lands like a depth charge. 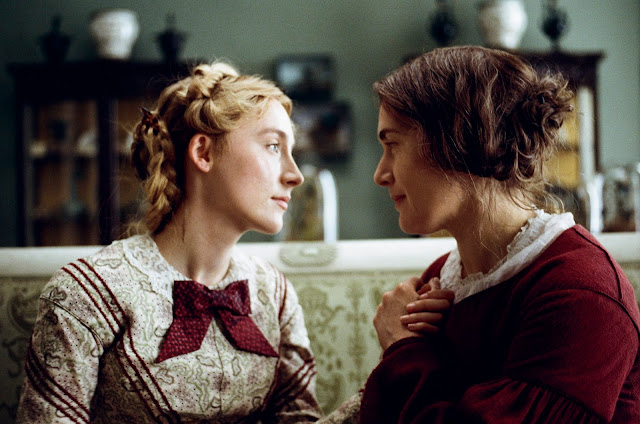 Lee has a nearly unparalleled eye for finding beauty and pain in the spaces between words. There's something achingly liminal about his cinema, where the emotions exist in in the in between spaces, between words and glances, never fully expressed in words but keenly felt just the same. AMMONITE is a deeply beautiful film, economical in its storytelling and yet filled with a boundless sense of emotional depth. It explores so much with so little, where two lovers manage to plug small holes in each other's hearts but can't quite stop the bleeding on their own. It's an altogether astonishing achievement. 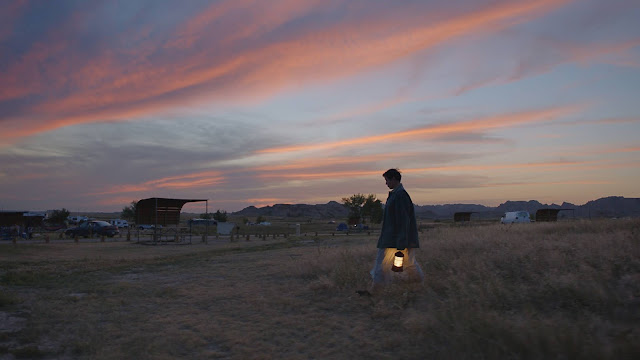 Based on the book "Nomadland: Surviving America in the Twenty-First Century" by Jessica Bruder, which examined the phenomenon of elderly Americans who lost everything spending their twilight years wandering across the country looking for work in lieu of retirement, Nomadland is at once loving and heartbreaking, an aching portrait of Trump-era malaise that centers some of the truly forgotten men and women who live in the margins of the most prosperous nation on earth. That Zhao captures it all with such quiet dignity, never descending into miserablism or exploitation, is a testament to the assuredness of her craft. She's quickly established herself as one of the foremost ethnographers of life in the American west, and Nomadland is an astonishing experience that demands our attention at every turn; often playing less like a narrative film and more like an elegy for a lost and wounded nation trying to find its soul. 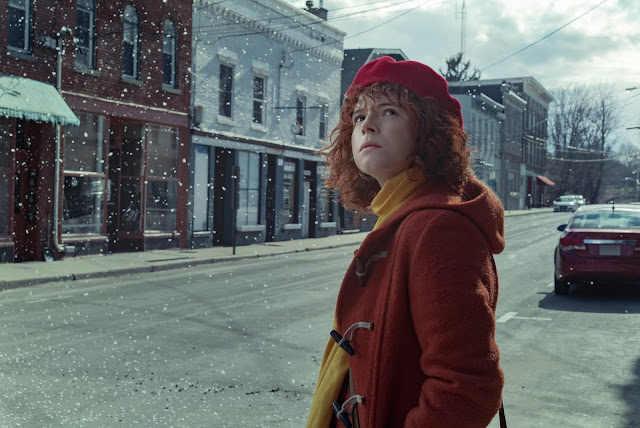 Charlie Kaufman's confounding whatsit in a snowglobe is as insular and obfuscating as anything he's ever made, but I'm Thinking of Ending Things is perhaps one of his most personal and prismatic works yet. Ostensibly a film about a woman pondering breaking up with her boyfriend over a weekend visit with his parent, the film slowly begins to reveal itself as something much deeper and more sinister, slowly pulling back the layers of the facade of not only the relationship, but of her very existence. Where does she end and the idealized vision of her in her partner's head end? It's a tantalizing question, one that Kaufman doggedly refuses to answer, but the result is one of his most mind-bending trips inside the human psyche, but also one of his most painfully heartfelt. Do we ever really know who we are in the mind of someone else? 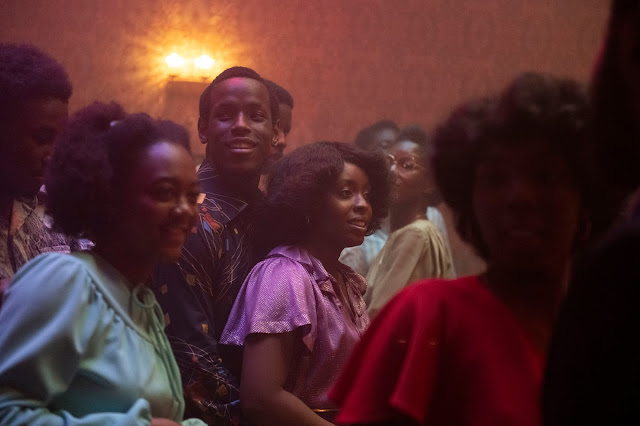 The second installment of Steve McQueen's Small Axe anthology for Amazon, Lovers Rock takes place at a reggae party in 1970s London. Deeply rooted in a very specific time and place, featuring a style of music very specific to London's black culture, Lovers Rock feels like beat poetry come to life. While it follows the meeting of two lovers who begin a tentative relationship over the course of one night, the film is consistently kinetic, moving, teeming with energy and life. It's a swirling smorgasbord of sensual energy and - sweat, music, smoke, heat, bodies moving in unison and to their own rhythm, as if McQueen took the opening dance scene of Climax and stretched it out into a feature all its own. No other film this year was so rich or intoxicating. 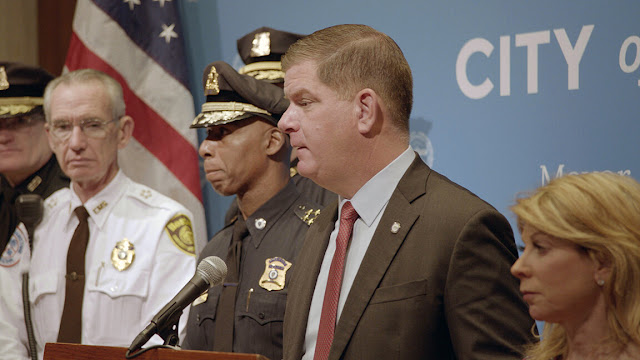 Frederick Wiseman has a way of using his subjects as a microcosm of something bigger, but his latest film, City Hall, is one of his most indelible works in years. Focusing on the inner workings of Boston's city hall, the film is a sprawling, 4.5 hour examination of the turning wheels of American government as it grapples with the seemingly humdrum day-to-day business of running a city. It's one of the year's most strangely intoxicating, satisfying, and even moving experiences, as city official tackle big issues of racial and economic justice while overseeing the minutiae of governance. In a year like 2020, there's something strangely hopeful about City Hall, where the government may not always be efficient, but is nevertheless a comforting paragon of competence. As Martin Luther King Jr. once said, "the arc of the moral universe is long, but it bends toward justice." Our government may be in disarray, but Wiseman, ever the curious optimist, finds something beautiful in its evolution. 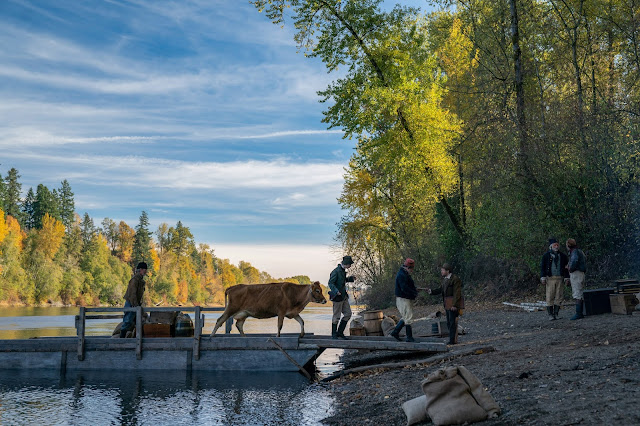 A buddy movie, a western, an interrogation of capitalism, Kelly Reichardt's haunted tale of the American west is many things at once, but it is always extraordinary. Hushed and observant as her films usually are, First Cow explores manufactured scarcity through the eyes of two men, a migrant worker and an immigrant, whose secret ingredient to their wildly popular treats is milk from a local baron's prized cow (the first in the region). The premise almost seems laughable, but Reichardt uses it as a jumping off point for a disarmingly tragic deconstruction of the American dream, and the exploitation upon which it is built. 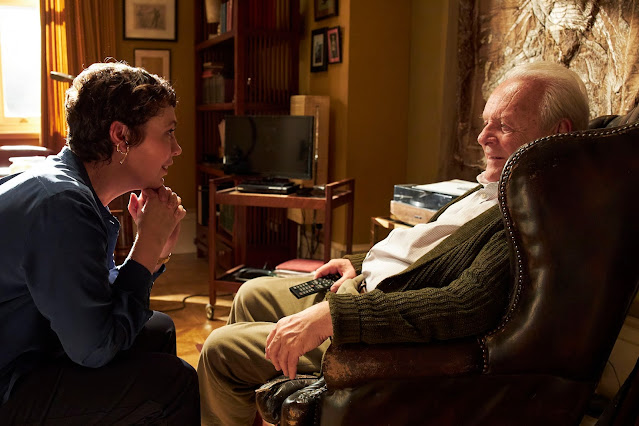 Anthony Hopkins has delivered so many performances that could be referred to as "career best" that it seems almost redundant to speak in those terms here, but Florian Zeller's The Father (adapted from Zeller's own play) has to rank very near the top. A haunting, fractured narrative that treats Alzheimer's almost as a horror film as much as a tragedy, The Father puts us directly into its protagonist's shoes, unable to discern reality from fantasy. Zeller transposes characters, mixes up situations, casts the same role with multiple actors, and combines disparate pieces of Hopkins life, allowing us to experience his mental decline first hand, to the point that we begin to question whether or not our own memories are failing us. The changes from scene to scene are often subtle but extremely effective in consistently muddying the waters so we never really know what the truth is from moment to moment.  It's a haunting, heartbreaking film, made even more so by the towering performances of its two leads. 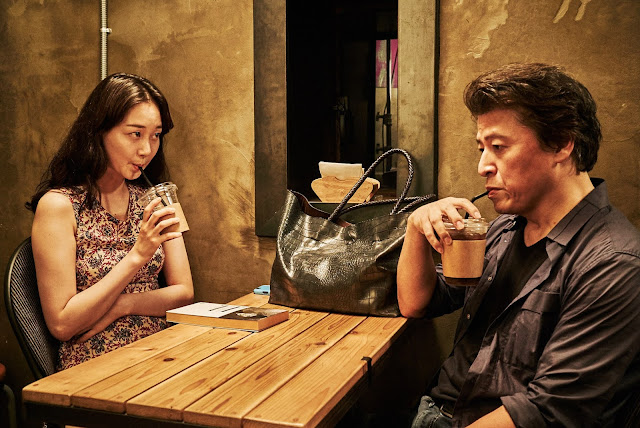 10. YOURSELF AND YOURS (Hong Sangsoo, South Korea)

Rather than a fractured, elliptical narrative, as is typical with Hong Sangsoo's usual interrogations of time and space between people, Yourself and Yours hinges on a fractured, elliptical character, a woman struggling to overcome addiction and alcoholism, who is trying desperately to become a better person. In essence she really is two different people, and Hong deftly explores her attempts to reconcile her past with the future she wants to create. It's one of Hong's most beautifully nuanced works, a film filled with longing and regret that finds great beauty in the in-between moments, the lingering glances and subtle changes in expression that exist between the deceptively mundane dialogue and jaunty score.