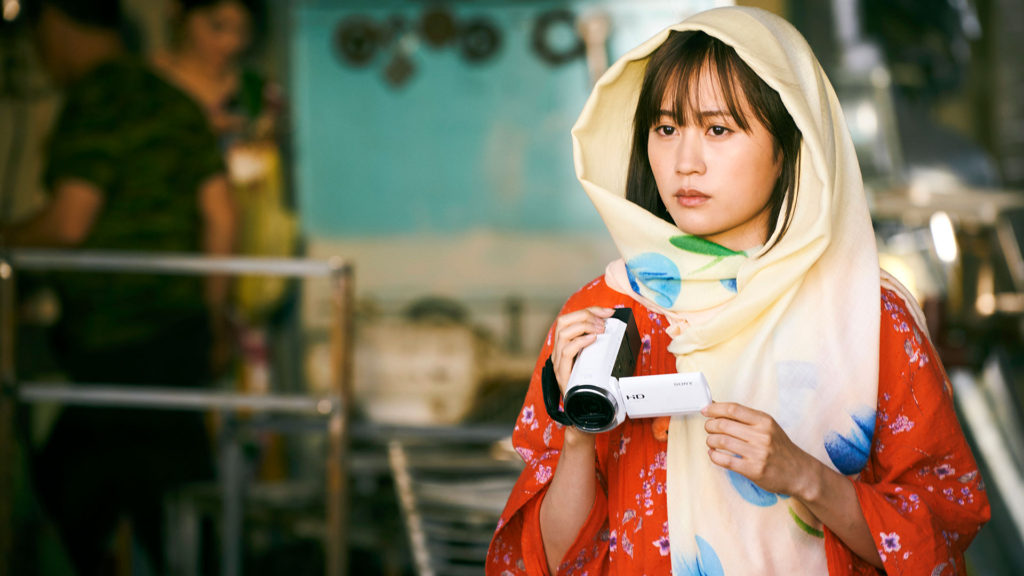 Often pigeonholed as a director of horror films, Kiyoshi Kurosawa has also delivered some of the most finely tuned and emotionally astute dramas of the past 15 years. From Tokyo Sonata (2009) to To the Ends of the Earth (2020), Kurosawa, far from being a master of only one genre, is a deeply empathetic and curious filmmaker with a knack for exploring the liminal spaces between the said and the unsaid. 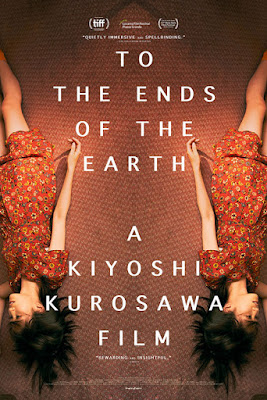 Kurosawa's penchant for burrowing beneath the surface of his characters makes him an ideal horror filmmaker, but there's something almost transcendent about his dramatic work. The way in which he invites the audience to inhabit the character, creates a unique empathetic bond between the audience and his protagonists. In To the Ends of the Earth  Kurosawa introduces us to Yoko (Japanese pop star Atsuko Maeda), a reporter traveling abroad in Uzbekistan for a series of puff-pieces for tourists. These pieces, for which she regularly gets bumped for more heavy-hitting news, turn out to be so much more than mere filler for the Instagram set, often putting her in harm's way or at the center of local ridicule.

Alone in a foreign country whose language she does not speak, Yoko is unable to advocate for herself, and is often at the mercy of her translators, who are all men. Because Kurosawa does not translate the Uzbek dialogue, only the Japanese, much of the audience is left just as adrift as Yoko. With only her translators for guides, we are left with potentially unreliable narrators, unable to be sure if we truly understood what was being said. She is constantly expected to be agreeable, not rock the boat. When presented with options she doesn't like, she feels forced to choose one so as not to be seen as difficult. And while these expectations are never spoken aloud, you can see the anxiety in Maeda's performance. Kurosawa consistently otherizes her, putting her in difficult situations that she could theoretically get out of at any time, but outside expectations keep her from standing up for herself. "It's her choice, so it's no problem" says one of the producers when debating on whether or not a certain task was too dangerous. But was it really? Saying no would shut down the production and invite the judgment of the crew. If she feels like she can't say no, does she really have a choice?

We eventually discover that Yoko didn't always dream of being a travel journalist; she wanted to be a singer. In one of the film's most astonishing sequences, Kurosawa takes us inside her head, creating an entire musical number that somehow feels like it's from another film entirely. But that's the whole point, of course. Yoko wants to escape, to go anywhere other than where she is, just like the goat she conspires to liberate for the cameras, only to discover it's yet another stunt for the cameras. Nothing she does is real, it's a constant and frustrating illusion. Her mental escapes to a world on the stage are more tangible.

It's something quite disarming and lovely; Kurosawa has woven a deeply incisive tale of a woman who would supposedly go to the ends of the earth for a story, but is never allowed to probe the depths of her own dreams. Constantly second-guessed, patronized, and marginalized, surrounded by men who we always suspect of talking about her in Uzbek behind her back, Yoko reclaims her voice and her agency in one of the most cathartic denouements of 2020; beautifully meditating on femininity, patriarchal power structures, and finding your joy in a world that is constantly trying to put you in a box. Part fish-out-of-water comedy, part media satire, part feminist manifesto, To the Ends of the Earth is a quiet wonder of a film, a perceptive and lyrical interrogation of alienation and loneliness that lands like a depth charge.