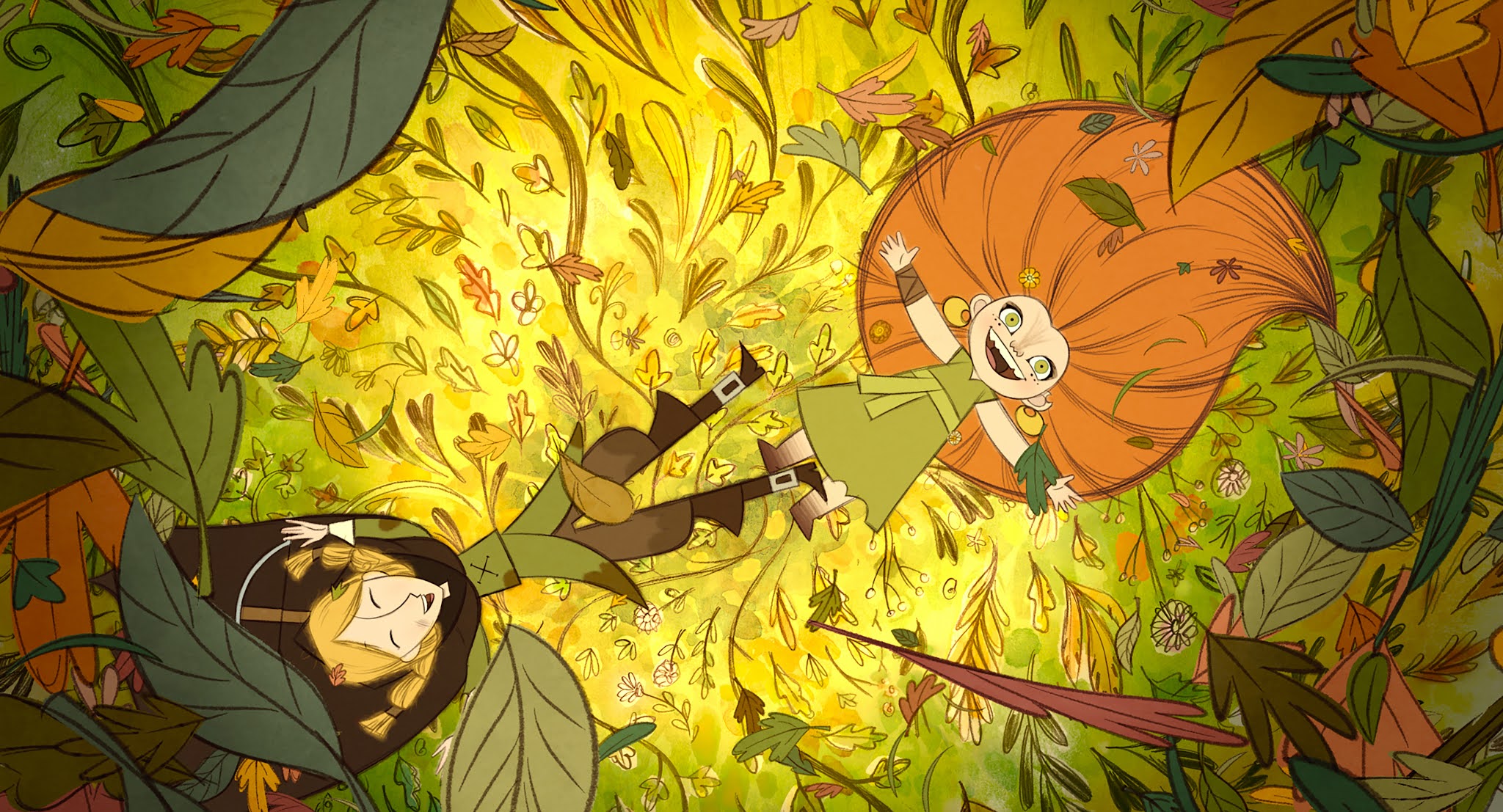 After first emerging on the international scene with a seemingly out of nowhere Oscar nomination in 2009 for The Secret of Kells, Irish animator Tomm Moore has quickly become one of the medium's most indelible voices. Moore went on to earn another Oscar nomination for his 2014 film Song of the Sea, and has returned in 2020 with perhaps his most accomplished work yet. Wolfwalkers is the inaugural animated feature released by the fledgling Apple TV+ streaming service, which has been mostly light on content compared to the other the other major streamers, but Wolfwalkers is a major film, and seems poised to earn Moore (who co-directs here with his frequent collaborator, Ross Stewart) his third Oscar nomination for Best Animated Feature. 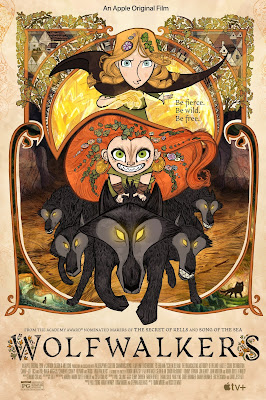 Set in the 1600s, Wolfwalkers follows young Robyn Goodfellowe (Honor Kneafsey), an aspiring hunter from England who travels with her father (Sean Bean) to Kilkenny, Ireland, to help the puritanical Lord Protector (Simon McBurney) wipe out a pack of wolves that are terrorizing Kilkenny. Determined to help her father slay the wolves, she continually sneaks out into the forest after him. There she meets Mebh Óg MacTíre (Eva Whittaker), a young "wolfwalker," a mystical healer who can magically transform from human to wolf. She and her mother Moll (Maria Doyle Kennedy) lead the pack of local wolves, who only attack humans because their homes are being threatened by the wholesale deforestation ordered by the Lord Protector. When she tries to warn her father, he will hear none of it, choosing instead to adhere to his allegiance to England and the authority of the Lord Protector. Robyn soon discovers that after a tussle with Mebh, she too has become a wolfwalker, and is now trapped between her love for her father, and her newfound friends in the forest, who seek to rise up against the oppressors who seek to claim their home as their own.

Wolfwalkers often feels like an ancient fable, passed down through oral tradition and brought to life through fantastical illustrations pulled from the dreams of ancestors long past. It's a tale of independence and rebellion against oppression and colonization that perfectly fits our current moment. Moore's dazzling animation style has never felt so otherworldly or dreamlike as it does here - its swirling impressionistic colors seemingly forging a myth on screen before our very eyes. Imagine Brave but with a bigger heart and a deeper soul. Composer Bruno Coulais accompanies the breathtaking imagery with one of the finest scores of his career, which also employs songs by Kila and AURORA to thrilling effect.

It's a shame this won't be as widely released in theaters as it may have before the COVID-19 pandemic (GKIDS gave it a limited nationwide release over the last month), because it is truly one of the most stunning animated films to come along in quite some time. It's so invigorating to see a hand-drawn work like this again, with such a fully realized emotional grounding that recalls work of Hayao Miyazaki and Studio Ghibli. In Wolfwalkers Moore has created something that feels both ancient and modern, a bracing cross section of Irish lore and modern sensibilities (and a touch of queer subtext) that feels at once warmly familiar and electrifyingly new.