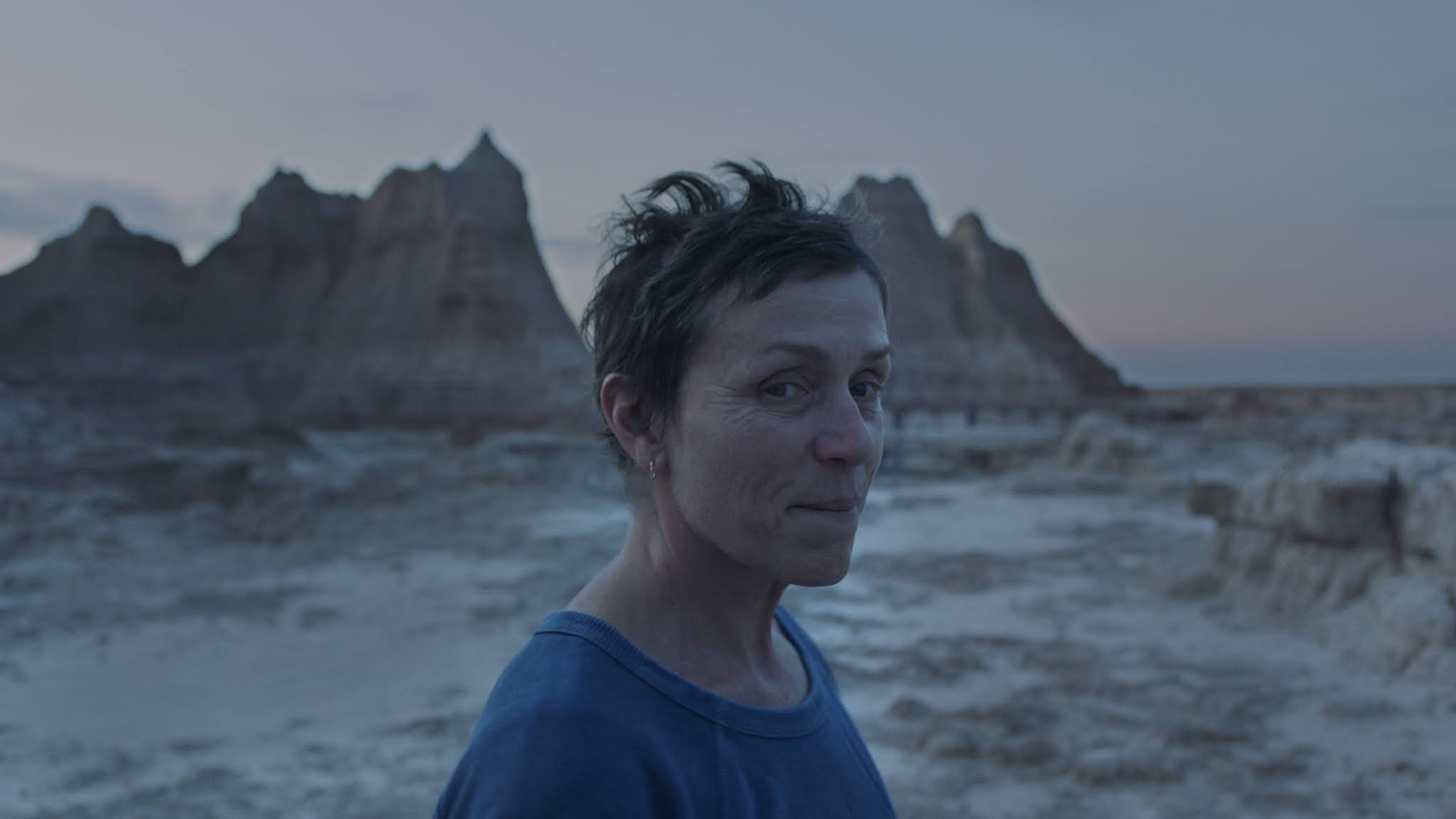 The haggard, careworn faces of those left behind by the Great Recession serve as the focus of Chloé Zhao's altogether remarkable new film, Nomadland. Zhao, who directed a cast of non-professionals through a semi-biographical tale of deconstructed masculinity in the American west in her 2018 film The Rider, plunks Francis McDormand and David Strathairn into a similarly non-professional cast of wanderers who live their lives as nomads, wandering across the west coast in RVs and vans, forming a unique community unlike anything else. 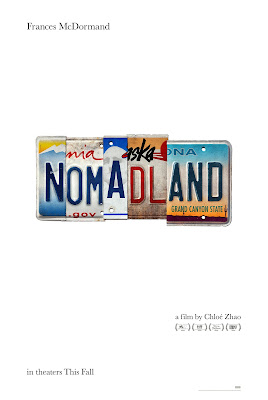 McDormand stars as Fern, who drives from town to town in a van, jumping from temporary job to temporary job, fulfilling orders at Amazon, washing dishes at local dives, whatever she can do for a few bucks. Fern is a victim of the Great Recession, who lost everything when the manufacturing town she called home completely folded after losing the factory that gave it life. The entire zip code was erased from the map, leaving behind an empty shell and hundreds of displaced workers. So Fern moves with the wind, looking for small bits of connection wherever she can find it. Zhao's camera wanders through sprawling RV camps on desert roads, where the mostly older denizens create makeshift markets and teach new skills to fellow travelers, helping each other survive on the road. Some choose this lifestyle in order to reject capitalist society and subsist on their own in a kind of roving commune, while others have it thrust upon them by a society without a safety net.

They don't travel together, but their lives frequently intersect in familiar safe havens. The nomads never say goodbye, simply "I'll see ya down the road," in hopes of reconnecting once again at some lonely rest stop where the weariness of life is momentarily lifted by this improvised community. Zhao seems to instinctually understand the unique beauty of the friendship forged by these wanderers who exists on the fringes of society, wandering through the shambles of a broken nation. But she also understands the inherent tragedy of a nation that prides itself on greatness leaving so many people behind. Zhao often lingers on close-ups of faces, kind faces, weary faces, the faces of a nation that promises an golden dream on which it cannot, or will not, deliver. McDormand is a marvel, as always, but her Fern is an altogether new creation that we haven't quite seen from her before. Hardy and determined, yes, but wistful, vulnerable, a woman who has lost everything and can't quiet allow herself to trust anyone or anything again once the promise of forever was shattered.

It's a haunting, bittersweet film, perhaps one of the most indelible and incisive portraits of the utter failure of the American dream produced in recent memory. Based on the book "Nomadland: Surviving America in the Twenty-First Century" by Jessica Bruder, which examined the phenomenon of elderly Americans who lost everything spending their twilight years wandering across the country looking for work in lieu of retirement, Nomadland is at once loving and heartbreaking; an aching portrait of 21st century economic malaise that centers some of the truly forgotten men and women who live in the margins of the most prosperous nation on earth. That Zhao captures it all with such quiet dignity, never descending into miserablism or exploitation, is a testament to the assuredness of her craft. She's quickly established herself as one of the foremost ethnographers of life in the American west, and Nomadland is an astonishing experience that demands our attention at every turn; often playing less like a narrative film and more like an elegy for a lost and wounded nation trying to find its soul.