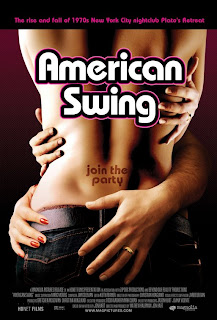 You see a film like John Cameron Mitchell's Shortbus and think that places like the uninhibited sex club that gives the film its name can't be real. But they are, and Mathew Kaufman and Jon Hart's new documentary, American Swing, takes a look at the swinging 70s and the rise of the first and most famous swingers' club, Plato's Retreat.

American Swing invites its audiences backstage of a bygone era and a world that disappeared after the AIDS scare of the 1980s. The 1970s were the culmination of the free love of the 1960s, and Larry Levinson, the self appointed King of Swing, was there to usher in a brave new era of sexual freedom.

Plato's Retreat opened in Manhattan's Upper West Side in 1977, and became in time the epicenter of the swingers movement - a place for couples to come in, swap partners, and try new things. It was a way of cheating without cheating, because, according to Levinson, it isn't cheating if you do it together.

Naturally this was cause for a lot of raised eyebrows at the time, and the film features quite a bit of archival footage of Levinson defending the swinger lifestyle on talk shows like Donahue. 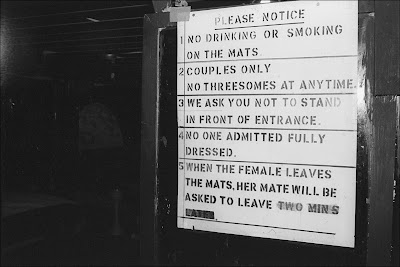 Levinson was a firm believer in the lifestyle he chose, but the lifestyle wasn't always kind to him. Drugs were a very prevalent feature at Plato's Retreat, his longtime lover eventually left him, and eventually he was arrested for tax evasion after cooking the books of his "non-profit" club. As a portrait of a man who had it all and then lost it, American Swing is alternately fascinating and repetitive. Levinson is an enigmatic figure, but I never felt like the real person was ever really illuminated. He built for himself a larger than life persona that overshadowed everything he did, and eventually it became his undoing.

But Levinson is not the film's only focus. Through interviews with patrons and workers, American Swing looks at the lifestyle behind Plato's retreat, and the effect it had on the people who knew it best. That's where the film really kicks into gear. It's interesting seeing all these people, most well into their 50s by now, who were frequent guests at Plato's, reminisce about a time and a place that you would never imagine them being a part of. It's almost like listening to your parents talk about their sexual escapades from their younger days. And it manages to find a way to be surprisingly poignant. Plato's opened up opportunities and gave pleasure to hundreds who never forgot it, and the film sizzles with their passion. 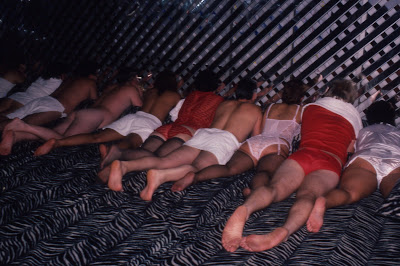 Those are the moments that make American Swing worth watching. It's a pretty straight-forward documentary, but when it captures that free-wheeling 70s spirit, it's a lot of fun. It's biggest downfall is its relatively inconsequential nature. It is as standard in structure as a documentary can get. There are a lot of talking heads and archival shots, but not much beyond that to distinguish it from the crowd. And while it spends some time showing some questioning of the lifestyle by talk show guests, it never delves into how the club affected the neighborhood around it, which the press notes boast was "ultra-conservative" at the time.

Plato's Retreat was a decadent adult playground, where people from all shapes and sizes and all walks of life came to take off their clothes and cast off their inhibitions. Movie stars, politicians, lawyers, ministers, the list of Plato's customers is long and eclectic. American Swing is an interesting curiosity of a documentary, but it's hardly transcendent. It's an enjoyable, nostalgic retrospective, but I can't help but wish the filmmakers had done more to capture the uninhibited spirit that is the focus of the film. What made Larry Levinson tick? And what did Plato's Retreat tap into in our national psyche? There are lots of interesting tidbits here, but I can't help but feel that the real meat of the story has yet to be explored.

T.S. said…
Couldn't agree more, Matt. I saw American Swing a few months ago while it came through as part of a film festival, and I was underwhelmed. I give it points for accomplishing what it does, but considering how damn interesting the subject is, it's difficult not to deduct points for all the questions it leaves in its wake.
9:16 PM