"I Sell the Dead"

Now here's something you don't see every day. I didn't really know what to expect going into Glenn McQuaid's I Sell the Dead, but I was pleasantly surprised by its freshness and creativity. 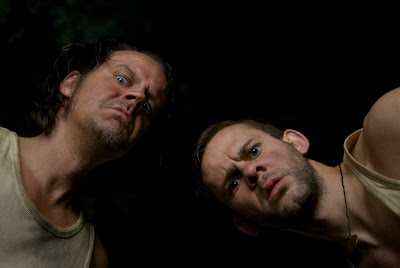 Set in 18th century England, I Sell the Dead is a gleefully macabre horror comedy about two grave robbers (Dominic Monaghan and Larry Fessenden) who come in contact with the living dead, and discover a huge, untapped market in transporting undead corpses.

It's kind of a warped mix of Dawn of the Dead and Death Becomes Her, and after Make-Out with Violence, is yet another 2009 winner that deals with zombies in an unusual way.

There is no release date as of yet, it's still making the festival circuit. It will, however, be showing at the River Run Film Festival in Winston-Salem on April 24 at 11:30 PM, and April 25 at 9:00 PM at The Garage.

For those of you who like your humor a bit dark, I highly recommend this one.
Email Post

Sam Juliano said…
Ha! I admit a weakness for this kind of fare, and yes, I was thinking of DAWN OF THE DEAD as soon as I started reading the post. Dark humor? Why not!
1:50 PM