For the Love of Movies

I got a look at Gerald Peary's buzzed about doc For the Love of Movies: The Story of American Film Criticism, and was reasonably impressed. It's a straight forward, clear-eyed history of film criticism and what it means to our culture and its place in society today. 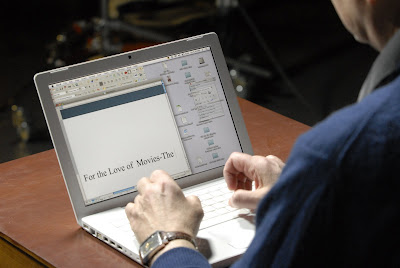 It's hard to critique a movie about film criticism, but I found it entertaining and informative, if ultimately a bit lacking in overall style and presentation. There were times, especially in its use of title cards to present questions for each segment, where it felt a bit like a company training video that would be shown at the National Society of Film Critics dinner. But I enjoyed listening to those who currently share my profession and those who came before them, espouse their passion for film and why they love what they do.

Looking at American film criticism is only a small part of the big picture, of course, but it does touch on the Cahiers du Cinema critics like Jean-Luc Godard and Francois Truffaut, if only briefly. As a documentary it's merely middling in craft, as a document of and paen to a dying (or rapidly evolving, depending on your point of view) art, it's highly involving.

No US release date is currently set, but it is making its rounds on the festival circuit. Hopefully it will get a proper release very soon.
Email Post

Sam C. Mac said…
Peary's a nice guy too. He invited me to a screening of "Following Sean" a couple years ago, after I met him at a Talk Cinema session in Boston. He told me that he was working on this project, and that he had interviewed a whole bunch of people for it (including Ebert). Nice to see that he pulled it off.
12:19 AM