This year's Best Foreign Language Film Oscar winner, Departures (Regent, 5.29), isn't a great film. It isn't in the same league as Israel's Waltz with Bashir, which really should have one, but honestly, Departures captured my heart. 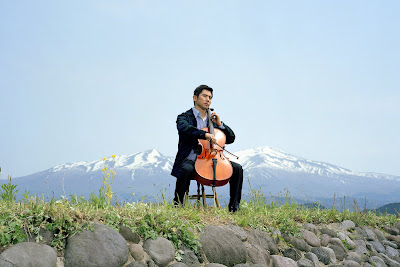 Its an unashamed tearjerker that occasionally borders on manipulative, but it all comes together and works. I had almost given up on it about halfway through, but in the end it won me over. It's a pleasant, heartwarming film with a truly gorgeous Joe Hisaishi score, and its easy to see why the Academy members voted for it.

Waltz with Bashir is clearly the superior film in terms of art and craft, but the emotional power of Departures is hard to deny. It's definitely the safe choice, but I don't begrudge it its win. I will post a review closer to the film's US release.

In the meantime, here is a clip from the film (no US trailer has been released yet), that happens to be my favorite scene in the whole movie, and the point that finally sold me on the film as a whole. Enjoy.

Daniel said…
Interesting, and I'm surprised I haven't heard more about a wider release for this. Typically the winner gets shipped out fairly quickly. Well I'll keep an eye out for it of course.
10:14 AM

Matthew Lucas said…
I'm not sure why they're waiting so long. But it will start its roll out on May 29.
5:06 PM

Anonymous said…
Wow Wow Wow! That sequence is magnificent. I really look forward to this opening, although I see you saying May 29. It really looks impressive!
8:02 PM

Matthew Lucas said…
Yeah I was going back and forth on the movie until that sequence...and from that moment on I was sold. I'm interested to see what everyone else's reaction will be.
8:07 PM