The South By Southwest Film Festival begins this Friday in Austin, Texas, and it's a festival that lives up to the old saying "keep Austin weird."

Filmmakers from all over the world have been kind enough to send me screeners of their films. I'm still getting new ones in every day, but here are some highlights that I don't think should be missed.

GOODBYE SOLO (dir. Rahmin Bahrani):
This isn't just one of the finest films of the festival, it's one of the finest films so far this year period. Bahrani's tender tale of a delicate and tempestuous friendship between a Senegalese cab driver and a disgruntled old man, set in my two home towns, is the stuff of great filmmaking. Bahrani is on a roll after Man Push Cart and Chop Shop, and Goodbye Solo is his greatest achievement yet. Spotlight Premieres: Screening 4:00 PM, Monday March 16th, and 4:00 PM, Thursday March 19th. 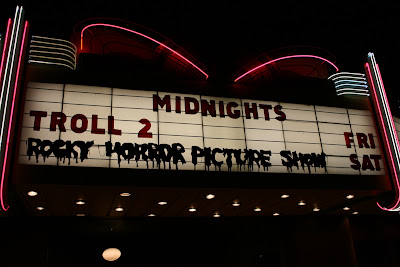 BEST WORST MOVIE (Dir. Michael Stephenson):
Just when you thought you'd seen it all, former child star Michael Stephenson arrives with this delightfully offbeat documentary chronicling the cult film phenomenon, Troll 2, which he starred in as a kid. Playing out like a real life Christopher Guest film, Stephenson examines the source of film's popularity, which many consider to be the worst film ever made, and the quirky cast of characters that brought it to life. Spotlight Premieres - WORLD PREMIERE: Screening 9:30 PM, Saturday March 14th (World Premiere), 4:00 PM, Monday March 16th, and 9:30 PM, Friday March 20th.

MAKE-OUT WITH VIOLENCE (Dir. The Deagol Brothers):
This delightful little oddity is a completely out of left field charmer about three bothers, a pair of high school twins and an eight year old, who lose a dear friend when a local teenage girl goes missing. Until they discover her body in the woods and find that she has been turned into a blood drinking zombie. Featuring a rocking soundtrack and some truly haunting imagery, Make-Out with Violence is a strange, metaphorical meditation on letting go and moving on in that awkward teenage phase between high school and college. Emerging Visions: Screening 8:00 PM, Saturday March 14th, 9:00 PM, Tuesday March 17th, and 9:30 PM, Saturday March 21st. 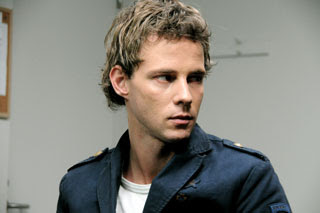 IDA Y VUELTA (ROUND TRIP) (Dir. David Martin-Porras):
My favorite short film of SXSW 2009 (so far), Ida y Vuelta is a searing tale of a mother and son traveling from Spain to American for a wedding who are held in detention after a discovery is made while going through bag inspection. The discovery forces them to confront buried secrets that could change their lives forever. Martin-Porras handles the difficult subject with a painful verisimilitude, making this 11 minutes very well spent. Reel Shorts 2: Screening 1:30 PM, Saturday March 14th, 11:00 AM, Monday March 16th, 2:30 PM, Thursday March 19th.

I will be covering the festival from afar as it unfolds, with lots of reviews and recommendations forthcoming. There are quite a few gems out there this year, but the five listed here are a great place to start.
Email Post

Anonymous said…
I really cannot wait to see Goodbye Solo, and I look forward to reading more of your SXSW coverage, very cool indeed!
10:53 AM