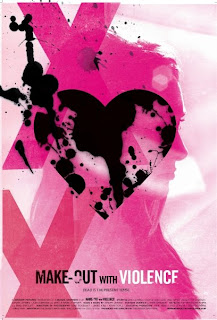 Every now and then you run across a film, especially hidden in a festival like SXSW, that hits you just right, and you can't really explain why. That is one of the things I have enjoyed the most about keeping up with the films coming out of the festival (through the generosity of many filmmakers and publicists who sent me screeners of their films to review), there are so many discoveries to be made that may not have otherwise gotten any attention. And one of my very favorite films of SXSW 2009 is the Deagol Brothers' fantastic debut feature, Make-Out with Violence.

Make-Out with Violence is a curious little oddity about three brothers, two high school aged twins, Patrick and Carol, and their little brother, Beetle, who lose a mutual friend when beautiful and popular high school senior, Wendy, goes missing. Eventually, the search is called off and Wendy is presumed dead, while the town holds a funeral and each goes off to mourn in their own way.

But one day while exploring in the woods, Beetle discovers Wendy's body bound between two trees...and she isn't dead. Well...not in a conventional sense anyway. Wendy has been transformed into a nearly inanimate blood drinking zombie. So Beetle and Carol do what any good friends would do, they take her the house of a friend who is out of town and hide her in the bathroom. 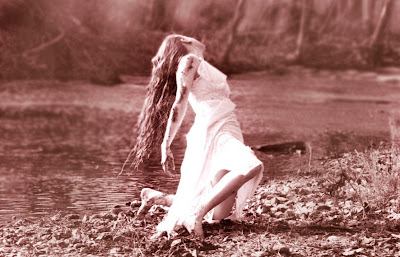 But Wendy's presence causes continuous problems, as Patrick lives out his longtime unrequited crush by taking care of her every need, while Carol begins to act on his own feelings by pursuing Wendy's best friend, Addy, who has become a source of strength for Wendy's boyfriend, Brian. All the while, Beetle looks on, both as a bystander and active participant, watching his brothers desperately refuse to let go of the dead, while time moves inevitably on. In that last summer before college, everything will change, no matter how hard they try to hang on to the past.

For such a bizarre and unusual premise, Make-Out with Violence packs quite an emotional punch. It's a hard film to put your finger on. It's not a horror film (even though it features some genuinely creepy images) despite the presence of an animated corpse...it's more of a mash-up of genres, a mix of horror, romance, and coming of age drama. It has a delicate peculiarity to it, not unlike the work of Miranda July, rich in both sadness and charm. 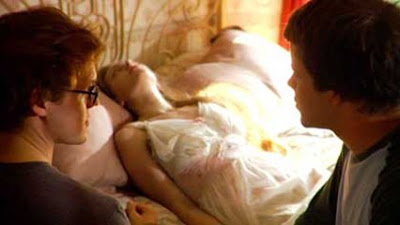 It's not a perfect film, there are a few rough patches here and there, but the ultimate effect is undeniably winning. Despite the presence of a zombie and the occasional flash of blood, Make-Out with Violence is a very sweet and incredibly perceptive film about that awkward transition from high school to college, where childhood must be left behind for new adventures. Some characters refuse to let go of the past, while others take their first tentative steps into the future, all built around this zombie whose presence is never really explained.

Wendy is a metaphor for something that is lost and cannot be regained. She is there in body but it isn't the same. She is a shell, a memory of better times, and with a playful sense of melancholy, the film is a reminder that no matter how hard we try to stop it, life always moves on.

Featuring a rocking soundtrack (which can be downloaded from the film's website for free), some gorgeous cinematography, and haunting imagery, Make-Out with Violence is a wholly original and thrilling debut from a promising new talent. If this is any indication, they have a bright future ahead of them.

Nick Plowman said…
Finally got around to seeing this, and despite it being really weird, I liked it quite a bit for sure. Must get that soundtrack though.
5:32 AM