One of the great pleasures of festivals such as SXSW is discovering hidden gems that you might not otherwise have seen. And one of my favorite discoveries of SXSW 2009 is Bill and Turner Ross' sublime documentary, 45365. 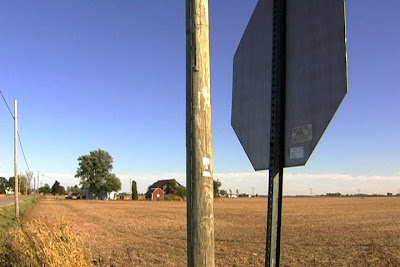 Named after the zipcode of Sidney, Ohio, 45365 is a portrait of small town America, a documentary that sets up a camera and watches life unfold around it, unfettered by interviews or back story. The directors follow the lives of citizens from all walks of life, from cops to criminals, to high school football players, to a judge running for re-election, to local DJs, to a high school girl breaking up with her boyfriend, 45365 takes an intimate look at small town life in a way no other film ever has.

Having grown up in a small town not unlike Sidney, I found much to identify with here. Even through the brief snippets, we can't help but feel that we know these people. They are all familiar, the same types of people you can meet in any small town across America. And that, I think, is what makes this film so special. No matter who you are or where you come from, there is something for everyone to recognize and latch onto here. 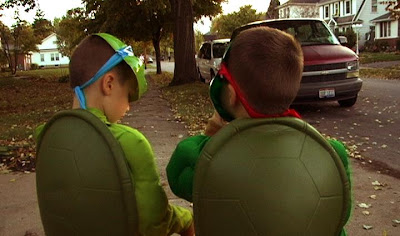 Reviewing a film like this is no easy task, because it isn't a plot driven film, nor is it the kind of documentary that follows a given thread or subject. It is a mosaic, and one's reaction to it depends heavily on their emotional connection with it. But that is what makes the film so unique. In capturing the essence of their hometown, the Ross brothers have almost created their own cinematic language to tell their story. It's not a story with a central plot, but an overarching narrative of life as shared by complete strangers living out their daily lives; thousands of interconnecting stories who flit through each other's lives on a daily basis without even being the wiser.

It is obvious that this is a place near and dear to the filmmakers' hearts. It is a loving and goodhearted ode to small town people. This is the heartbeat of America. Far from the towering spires of New York or the bustling streets of Los Angeles, this is the kind of place that shows you the real face of America. This is a place where the simple pleasures of hog racing or high school football rule the day, where county fairs and fireworks are huge events. 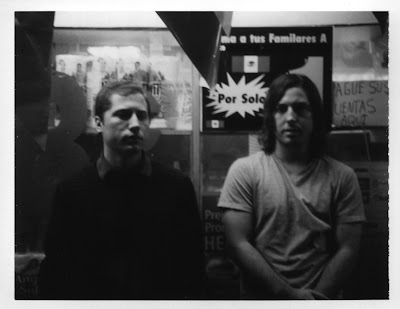 Turner (left) and Bill (right) Ross, the directors of 45365.
By stepping back and allowing the town's lives to continue unfettered, the filmmakers have created a remarkably free flowing doc. There is a simple magic at work here, a kind of cinematic window into the entire workings of a town that manages to make the audience feel as though they are just as much a part of it as the people we are watching. With a running time of 92 minutes, 45365 could easily have gone on longer with no complaint from me. But as it is it feels oddly perfect.

This isn't some picture perfect snow globe come to life. Sidney, like any town, has its flaws. But there's something more relaxed and laid back about it that almost makes you yearn for simpler times. 45365 is a charming, beautiful, and moving documentary, one that I very much hope ends up with a theatrical distribution deal. It's hard to put into words why this film works; it just does. It's one of the most rewarding experiences of SXSW 2009.