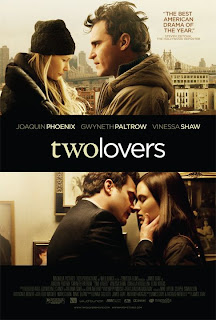 In a world (cue Don Lafontaine voice) where overly ambitious, high concept soul crushers like Watchmen dominate the multiplex, one wonders if high quality, grown up fare can muscle its way in amongst all the action and noise.

Highly acclaimed in many circles, James Gray's Two Lovers was quietly slipped into theaters to excellent reviews but little audience interest, even after star Joaquin Phoenix's bizarre David Letterman interview that occurred while he was promoting the film.

Two Lovers is not a great film. I would hardly call it the "best American drama of the year" as The Hollywood Reporter blurb proclaims on the film's US poster, but it has a sense of grounded maturity that is refreshing.

The same cannot be said of the characters, however. At least not Phoenix's Leonard Kraditor, a lonely bachelor whose previous romantic failures have left him despondent and suicidal. Depressed and living with his parents (the wonderful Israeli actor Moni Moshonov and the always luminous Isabella Rossellini), Leonard spends his time avoiding responsibility, until his parents decide to try to set him up with Sandra (Vinessa Shaw), the beautiful daughter of a dry cleaning manager whose company is merging with theirs. 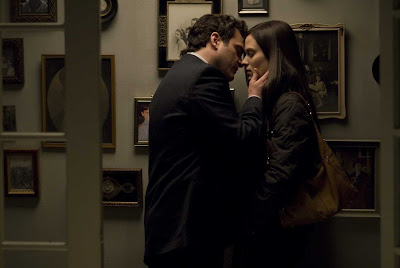 Leonard is reluctant at first, but finds something of a kind hearted mother figure in Sandra, someone to take care of his many wounds. That is until he meets Michelle (Gwyneth Paltrow), his beautiful and emotionally flighty neighbor who is carrying on an affair with a wealthy, much older married man, and falls head over heels for her. From then on he is torn between the safe comfort of Sandra and the thrilling danger of Michelle, what his parents want for him and what he wants for himself. But his ultimate decision could lead him to lose them both.

Phoenix plays Leonard as a moody teenager trapped in an adult's body. He skulks around, arms akimbo, rolling his eyes and sighing at his parents as if they just told him to turn off the TV and go to bed. It can be annoying but it works. Leonard is ultimately a pathetic schlub, and you half wonder what either of these women see in him. 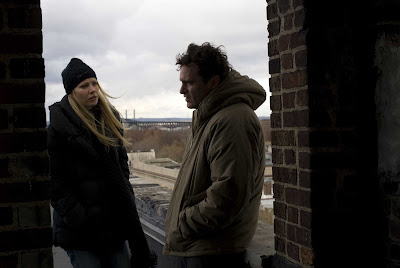 That being said, Two Lovers heads down a familiar and ultimately predictable path, leading to a resolution that, while nothing new, somehow feels right. It is ultimately a film about the crazy things people do for love, and the need to finally grow up and own up to your responsibilities. It is hard to feel sorry for Leonard because he is so careless and selfish, so one can't help but wonder if he should have settled or gone for his dream. What does that say for the women, and where do they fit into the overall picture? The answers Gray leaves us with aren't necessarily comfortable, but they shouldn't be. That is where the film succeeds the most. It may be predictable, but it leaves the audience with questions to mull over and ruminate on, never taking the characters' self centered travails at face value.

The whole film feels like a throwback, at once swooningly romantic and achingly sad. It has an old fashioned charm mixed with modern romantic angst that feels vibrant and sexy without trying too hard. It hits its notes perfectly where other love stories stumble over their own insistence that they are indeed romantic. And while it may have definite tragic undercurrents, Two Lovers just makes it look easy.

Karen said…
The movie intrigues me, I hope I can catch it before it goes to DVD.
11:11 PM

Matthew Lucas said…
It's definitely worth a look. It's one of the better films in current release.
12:20 AM

Anonymous said…
Fine review here. I haven't managed this one yet, but perhaps later in the week.
5:14 PM

Anonymous said…
I couldn't agree more. I'm just happy it quietly made it to a theater near me last weekend, or I may have been forced to watch Watchmen again.
3:11 PM