I rarely get to say this, but Pascale Ferran’s Lady Chatterley is that rare love story that never hits a false note. Its companion in romantic realism in 2007 is, of course, John Carney’s charming Irish folk musical Once. Together they make a beautiful but very different pair, taking on love from two vastly different vantage points. Whereas Once deals with fleeting attraction and loves that got away, Lady Chatterley, based on the infamous novel Lady Chatterley’s Lover by D.H. Lawrence, chronicles the sexual awakening of a prim, upper-crust French Lady in the days after World War I. 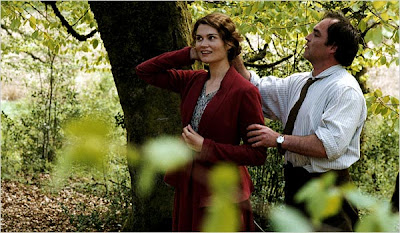 Repressed by her society and unfulfilled by her crippled and infertile husband, Lady Chatterley discovers her forbidden desire for her gamekeeper, as she happens across him bathing by his hut one afternoon. Slowly their desire for one another overtakes them, and Constance Chatterley’s inhibitions gradually melt away, as she discovers her sexuality and herself.

At first the lovemaking is awkward and tentative (as well as fully clothed), but by the film’s end the two lovers make love with reckless abandon, giving themselves up to their passion in ways that are neither glamorized or falsified…this is how real people make love. Hollywood has never seen love so honest. 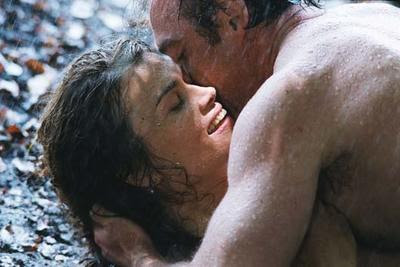 It is a sexually graphic film, but its frankness is of a kind more sensual than sexual. Their encounters have a kind of charmed innocence, lending the film a powerful eroticism it might not otherwise have had. The scene in which the lovers decorate each other’s pubic hair with wildflowers never attempts to hide anything from the viewer, but there is nothing voyeuristic or sensational about it. The nudity is never gratuitous, making something truly tender and intimate.

In fact flowers are a prevalent symbol throughout the film, representing the sexual awakening, and in a sense ‘blooming’ of Lady Chatterley. The flowers are always present in nearly every scene, with many shots just quietly taking them in. And by the time we reach Lady Chatterley’s final and ultimate liberation signaled by her running nude through a field in a rainstorm (one of the year’s most indelible and striking images), we have been totally enraptured by this woman’s quietly involving story. 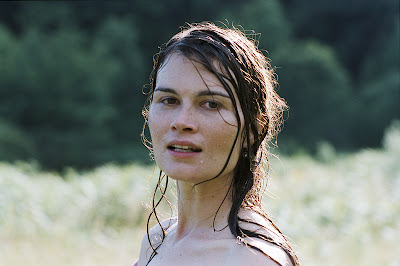 That scene is played totally without music, yet it is a soaring, triumphant moment. But Ferran wisely chose to leave it unscored, letting the rain and the lovers’ laughter provide the soundtrack, keeping the film grounded and real.

One could make the argument that there is simply not enough story here to warrant the film’s nearly 3 hour running time. But Ferran's softly contemplative tone is both unassuming and enthralling, making it an unexpectedly fascinating and breathtaking film that sneaks up and captures the heart when it is least expected. For a film that could have easily been just another steamy, bodice-ripping period soap opera, Lady Chatterley defies cliché and offers up two of the most appealing and realistic lovers cinema has ever seen. If well all could find love this real.