Del Toro for "The Hobbit?" 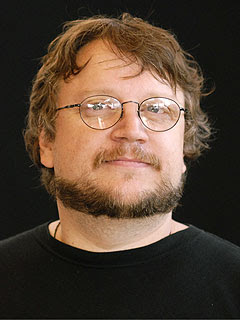 EW: There’s been so much speculation about who will direct these movies. Have you been approached?

GUILLERMO DEL TORO: You know, I think I’ve been abroad too long. I’ve heard some rumblings, but nothing official. I don’t want to think about it because it’s such an eventuality. It’s the only Tolkien book I read. I tried my best to read Lord of the Rings, the trilogy. I could not. I could not. They were very dense. And then one day, I bought The Hobbit. I read it and I loved it. So it would be a privilege. But listen, I wish I knew. At this stage, after Hellboy II, I’m unemployed. [Laughs]

OMG, if Jackson is not going to direct then hiring Guillermo Del Toro would be a BRILLIANT move. His Pan's Labyrinth is the best big-screen fantasy since The Lord of the Rings...I would love to see a Middle-Earth as envisioned by Del Toro. I hope New Line reads this interview. Having Del Toro at the helm would ensure not only a fresh vision, but a powerful and unique one. The man has a keen eye for other worlds grounded in reality.
Email Post