The Lord of the Rings: The Return of the King - The Complete Recordings 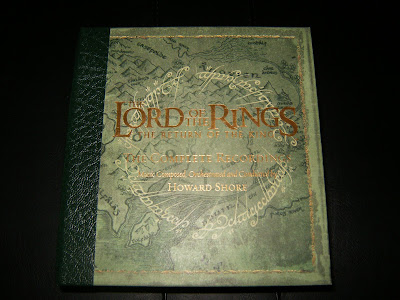 My copy of Howard Shore's The Lord of the Rings: The Return of the King - The Complete Recordings arrived in the mail today, courtesy of CineMedia Promotions, and what a beautiful set it is. 4 discs and a DVD with the complete score, and one of the greatest achievements in film music history. A glorious addition to any collection of great music.

Of all the LOTR scores, I always felt that Return of the King was missing the most from its original soundtrack release, due to the fact that the album was pressed before recording was completed. Even then it was a staggering achievement, but when viewed all together it can be seen for the masterwork that it is. This is truly one of the most stunning works of film music ever composed.
Email Post