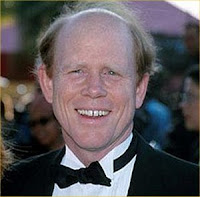 Ron Howard may unlock an American version of "Cache" for Universal.

Brian Grazer will produce the remake for Imagine, which acquired the rights from Plum Pictures, with Howard eyeing to direct. Plum's Celine Rattray will exec produce, along with Randy Simon, and Plum's Galt Niederhoffer and Daniela Taplin Lundberg will co-produce.

Michael Haneke wrote and helmed the French original, which starred Daniel Auteuil and Juliette Binoche as a couple who find increasingly violent videos on their porch. Haneke won best director prize at Cannes in 2005.

Sony Classics released it Stateside late that year and the pic, also called "Hidden," went on to earn $3.6 million at the domestic box office. Universal version, to be set in the U.S., is expected to amp up the suspense and consequences.

What!? NO! I am getting sick of Hollywood remaking foreign films because people refuse to go see them. Yes, The Departed was the rare exception, but as a general rule, these remakes pale in comparison to the original. 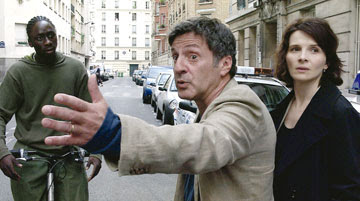 Michael Haneke's original Caché, about a couple who is terrorized by anonymous videos of their lives that are left on their doorstep, was an excellent film. And I highly doubt Howard's typical mainstream aesthetic will fully capture the eerie sense of dread and unease that Haneke's film did. He will probably turn it into some conventional thriller, complete with blaring score (the original had no music at all) and action set pieces. One of the things that made Caché so great was just how unconentionally told it was...and Howard will probably tramp all over that.

I hope I'm wrong. But I wish this wasn't happening at all. Leave good films alone. Hollywood does not need to adapt and ruin every good film that comes from other countries. Caché is Austrian, not French as the Variety article states...the dialogue is in French but the film itself comes from Austria. This film was partly responsible for changes in the Academy's Foreign Language Film rules that a film had to be in the native language of its country in order to be eligible.