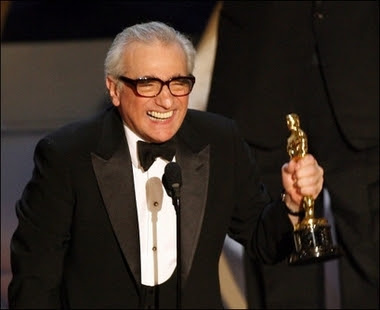 I correctly predicted 16 of the 24 categories, and went 8 for 8 on the Major Awards. Considering how many upsets and surprises there were, I think I did pretty well. Not as well as I have done in the past, admittedly. But in a year so full of uncertainty as this, that seems like a pretty good tally. Especially after wrongly calling Best Picture for The Aviator and Brokeback Mountain the last two years, and in this, the most wide open Oscar race in recent memory, I bounced back and correctly called Best Pic for The Departed.
Overall I found the show to be a success...much better than the last two years. My only two major disappointments were Children of Men (which had some of the most groundbreaking camerawork in years) losing Best Cinematography to Pan's Labyrinth, and then Pan's Labyrinth losing Best Foreign Language film to The Lives of Others.
Ellen DeGeneres made a very good host I thought, but I wish we had seen more of her. The sound effects chorus seemed to just take up time that could have been used instead of constantly playing off the nominees (which got annoying after a while...this is their big moment, let them speak!).
And how about that Martin Scorsese? That was my favorite moment of the night. His award was a long time coming, and even though I knew it was coming, I still felt like jumping out of my seat when his name was called.
All in all, I say it was a refreshingly unpredictable night, and surprisingly upbeat and fresh. A sign of good things to come, perhaps?
It was the best Oscar ceremony in several years. As well as the best Best Picture winner since The Lord of the Rings.
Now I must sleep. But I'm sure this won't be the last you hear about thi s from me.
Again I say, congratulations Marty!
Email Post