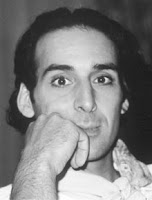 For those of you looking for more music from first time Oscar nominee Alexandre Desplat (The Queen), look no further than this excellent compilation of never before released music from his French collaborations with director Jacques Audiard. It contains music from the films Read My Lips, A Self-Made Hero, See How They Fall, and The Beat That My Heart Skipped.

The album is an excellent showcase of his talents, and the work that he did in France before bursting onto the American scene with Peter Webber's Girl with a Pearl Earring in 2003.

Desplat has quickly become my favorite up-and-coming composer, turning in excellent scores for films such as Birth, Syriana, The Upside of Anger, The Painted Veil, and his Oscar-nominated work for The Queen. 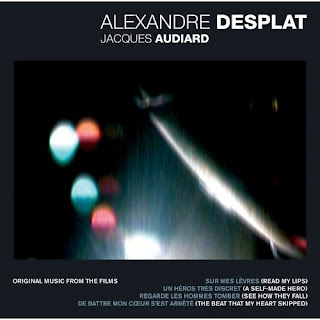 His scores are always infused with a lilting beauty that gives him a unique voice among today's film composers, and he has displayed great versatility and ingenuity as well. His choice to score The Queen as a comedy, with jaunty, bemused waltzes that comment on the absurdity of the situations on screen, as well as with restrained, stiff-upper-lip emotion, was a stroke of genius.

The music here shows Desplat working at the top of his game, with music that is equally witty, upbeat, quirky, romantic, sad, and always gorgeous. The 15 minute long suite from The Beat That My Heart Skipped, a film about a pianist and his teacher, separated by language and united only by music, is a jaw-dropping, remarkably expressive piece of music, worthy of the classical masters, more than proving he can hold his own with any of today's more established film composers. He is clearly in his element with Audiard, and the collaboration has been likened to that of Alfred Hitchcock and Bernard Herrmann. I would add Steven Spielberg and John Williams to that as well.

This is wonderful album, a must-have for fans of Desplat's work, and of great music in general. I very much look forward to his future efforts.
Email Post