I had heard about Rob Zombie's Halloween project a long time ago, and actually liked the idea. If anyone could revamp horror's most venerable series, spawned from the grandaddy of all slasher films (and in my opinion, the greatest horror film of all time), it would be Zombie. After all, the series has languished in ridiculous cash-in sequels that had no personality of their own. 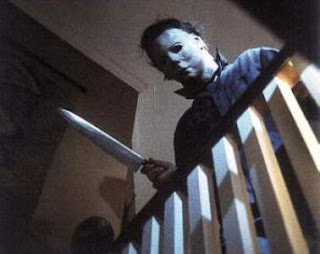 But now, according to IMDB, Zombie's project will not be a sequel, but a remake of the original Halloween, which is the horror equivalent of remaking Citizen Kane.

Yet another act of cinematic blasphemy courtesy of a studio. Zombie could make a great sequel that revamps the series...but a remake? It has bad idea written all over it.
Have they totally run out of imagination?
We'll find out. Halloween will be released on August 31.
Email Post