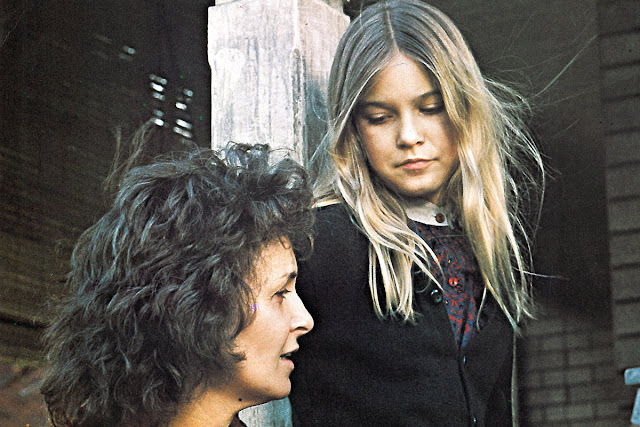 Family dysfunction and monstrous mothers have been with us almost since the beginning of the performing arts. From the original bad mama of Greek theatre, Medea, to her more modern counterparts like Amanda Wingfield in The Glass Menagerie, Joan Crawford in Mommy Dearest, and Violet Weston in August: Osage County, the arts have been long obsessed with dealing with mommy issues.

Perhaps one of the most unfairly overlooked entries into this subgenre of cinematic drama is The Effect of Gamma Rays on Man-in-the-Moon Marigolds. Based on the Pulitzer Prize winning play by Paul Zindel, the film was directed by Paul Newman and starred his wife, Joanne Woodward and their daughter, Elinor (credited here as Nell Potts). Woodward is Beatrice Hunsdorfer, the indomitable mother figure of the story, who drowns her sorrows with alcohol and resorts to unusual means to try to provide for her children, Ruth (Roberta Wallach, daughter of Eli) and Matilda (Potts). Ruth, the oldest, is a typical teenager, content to laugh at all things serious and roll her eyes at her embarrassing mother, whom she resembles more than she is willing to admit. Matilda, however, is a precociously intelligent child, forsaking usual childhood activities for science projects on which she spends most of her time. 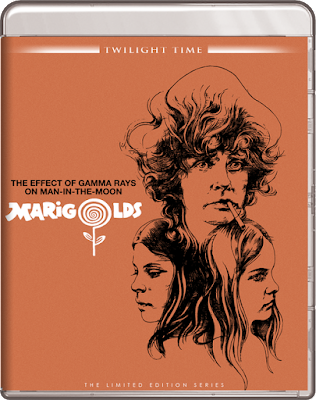 Her latest experiment is about the effects of radiation on marigolds, which either flourish or wilt under the extreme conditions, much like the children in the play, always under the extreme radiation of their volatile mother. Beatrice, who has long cultivated a reputation for eccentricity in their town, is constantly attempting self-reinvention, buying wigs and taking on new jobs, including taking in elderly patients into her home for extra cash. Yet she barely has time to take care of herself, let alone her children, let alone the elderly woman left in her charge. She spends her days insisting that one day she's going to clean house and give her children a better life, instead she ignores their most basic needs, as both of them are forced to forge ahead in life without her.

Newman and Woodward snapped up the rights to Zindel's play after seeing it on Broadway. Most of Newman's films as a director were family affairs (although this marks the only screen performance of his daughter, Elinor, who later went on to found Newman's Own), and the connection between the filmmaker and his cast makes the film's familial themes all the more profound. Zindel based the play on his own life, an in Newman's capable hands, the story unfolds with great narrative economy and unassuming staging. Newman wisely gets out of Woodward's way, who delivers a tour-de-force performance that remains one of the most fully realized and painfully destructive mothers in cinematic history. Yet Woodward never plays Beatrice as a monster. Her heart is in the right place, but she can't seem to get out of her own way. Beatrice is a woman ill-equipped to raise children, and her consistent failure as a mother begin to weight not only on her children, but on her as well.

Newman was not a flashy director, and remains most well known for his acting. But there is an almost Cassavetes-like efficiency to his craft, displaying a rough-hewn emotional honesty that lingers through Woodward's balance of rage and vulnerability, and a sensitive screenplay by Alvin Sargent (Ordinary People). Long unavailable on home video, Twilight Time's new limited edition Blu-Ray brings the film back to life, capturing the beautiful drabness of the cinematography by Adam Holender (Midnight Cowboy). The rediscovery of The Effect of Gamma Rays on Man-in-the-Moon Marigolds is long overdue, so that it can finally be recognized for the towering work that it is.