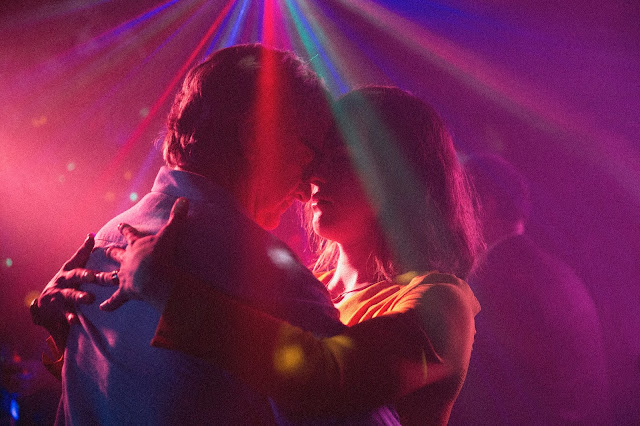 At first, Sebastián Lelio's A Fantastic Woman seems to be more about Francisco Reyes' Orlando than any woman. A distinguished older gentleman with salt and pepper hair, he visits a sauna for a massage, and saunters through a nightclub, catching the eye of the beautiful young lounge singer, Marina (Daniela Vega). Marina, it turns out, is his lover, and when she is finished performing, the two of them head out to celebrate her birthday. That evening, however, Orlando suffers a brain aneurism, falls down the stairs, and dies after being rushed to the hospital.

Lost in her grief, Marina flees the hospital, raising the suspicion of authorities at the hospital. It isn't long before Orlando's family enters the picture: his brother, his ex-wife, his son, each more suspicious and cold toward Marina as the last. Marina, you see, is a transgender woman, and in the days following Orlando's death, the ugliness of human bigotry rears its ugly head, as Marina navigates the confusing and painful path toward emotional healing. 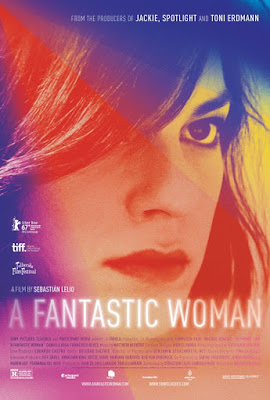 A Fantastic Woman is a probing and often wrenching portrait of grief and mourning, set against a backdrop of anti-trans bigotry. Daniela Vega, who is actually trans, gives an extraordinary performance as Marina, bringing a humanity and sense of experience to the role that could only come from someone who has actually lived it. While trans representation in cinema is still shockingly low, the track record of casting actual trans people in trans roles is even more rare. Vega is incredible, even more so given that she had never acted in a major film role like this before. Her haunted eyes give the film its humanity, grieving the loss of a loved one while facing incredible hatred just for her very presence.

This isn't just a film about discrimination, however. While it does deal in the ignorance and prejudice that transgender people face on a daily basis, it's also an introspective character piece, dotted with moments of ecstatic surrealism that suggest a happier life that could, and should, be. Lelio has a history of making great films about women on the margins of society. His 2014 film, Gloria, celebrated a 60 year old woman reclaiming her agency and finding love long after passing society's "sell by date." In A Fantastic Woman, Vega redefines traditional notions of femininity just by being a woman. There is nothing particularly remarkable about her. She's just a woman. And that's the key - because society doesn't see her as a woman. Therein lies the tragedy at the film's heart. Orlando was the only person who saw her for who she really is. Without him, the world is a cold, heartbreaking place, interrupted only by flashes of what could be; visions of a world that should be, but isn't. These elements of magical realism are used sparingly and effectively, and are made all the more heartbreaking by the human cruelty on display around them. A Fantastic Woman is a wrenching portrait of grief marked by a powerful central performance that heralds the arrival of a thrilling new talent.