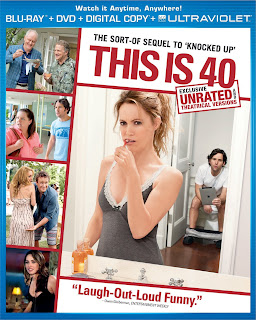 It still surprises me a bit that Judd Apatow's This is 40 got such mixed reviews. Many reviewers found it obnoxious and shrill. I thought that's what made it so beautifully human. It's messy, yes, but earnestly so. This is clearly a deeply personal work for Apatow, and it shows.

It my original review I said:


It's true that the characters can be shrill, whiny, selfish, and often just willfully ignorant of the other characters' problems and points of view. But so can anyone, and therein lies the beauty of Apatow's work. He makes raunchy comedies, certainly, but there is always something deeper at work in them that is exceedingly rare in this type of film. Critics often demand smarter comedies, but when one like this falls in our laps, why do we turn up our noses? This is 40 is an intelligently written, readily identifiable comedy that holds a mirror up to its audience in a way that could easily make many a little uncomfortable, and that's what makes it so terrific. 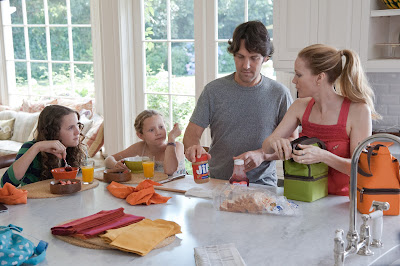 In revisiting the film, I have discovered that all of that remains true. This is 40 isn't the kind of comedy that loses its luster after all the laughs have been had, its the kind of film that continues to reveal itself in repeat viewings. Sure it's a bit too long, sure the daughters' performances aren't as polished as they could be. But that's part of what makes the film so vibrant. This is Apatow's life, a paean to all the things that make this life so gloriously messed up. Once you're past the laughs, you're free to explore the film's nuances, and there are certainly plenty. It is very easy for critics to sit back and pass judgement on Apatow and his family, but he's really wearing his heart on his sleeve here, and I find it very arrogant to look down on these people whose problems may hit too close to the mark. From my original review:


First world problems? Absolutely. But these are the kind of things people face every day, the natural ebb and flow of relationships that may seem trivial to the outside world, but make up the core of every day existence. Apatow has a keen eye for this sort of thing, and has established himself as a kind of voice of his generation. This is 40 cuts to the quick, but it's also very, very funny. Apatow manages to find humor in the stress and awkwardness of every day life, but he also finds the tenderness of familial love in a way that is free of cynicism or irony. I can see how some accuse it of being whiny or fixated on trivialities, but we're all guilty of such things. What This is 40 is, is brutally honest. 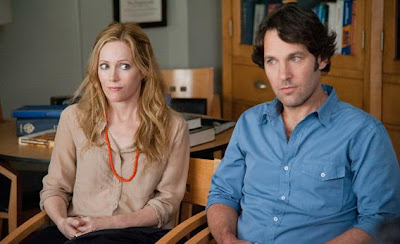 Universal's Blu-ray release treats the film pretty much like any other comedy. There are the standard gag reels (which, given this cast, are pretty funny), and line-o-ramas, in which the cast ad-libs endless variations of the same moment in the script. There's even a segment in which Triumph the Insult Comic Dog insults the cast, and gets in a few choice zingers. But the highlight is a line-o-rama that Albert Books gets all to himself. His deadpan improv delivery is jaw-dropping, and he spins out line after line of impressive comedy gold that one wonders how Apatow chose which ones to include in the final cut. Brooks is a comedic genius, and watching him work his magic is a pleasure.

There are actually a surprising amount of extras crammed into this 2 disc set, which also includes a DVD copy and a wholly unnecessary extended cut. It's been slammed for being too long as it is, let's not feed the sharks by making it longer. Still though, it's a fine film, and one of last year's best comedies. I hope it finds the audience on home video that it struggled to in theaters. It may be the sort-of sequel to the far more successful Knocked Up, but it's a much better film. Don't miss it.