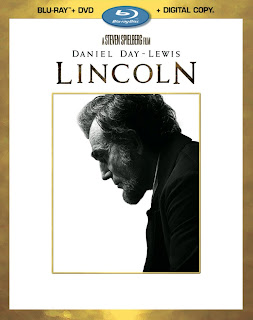 Years from now, people will look back on 2012 and wonder why Steven Spielberg's Lincoln didn't win the Oscar for Best Picture.

True, I was pulling for Michael Haneke's Amour to take home the gold, and I still think it was the "best" of the nine nominees. But Lincoln just feels like a classic, the kind of film that people will still be talking about and revering in the decades to come.

It's one of Spielberg's most grown-up films, a restrained film of language and ideas rather than action and emotions. Spielberg allows the emotion to flow from the dialogue, dialing back his instinct to overemphasize for something far more subtle and affecting. I've seen the film twice since my first screening back in October, and it has only grown in my estimation since. It's a film of great riches, with dialogue to be relished and mulled over, and it remains a staggeringly immersive experience. There is so much here to absorb that it demands repeat viewings. 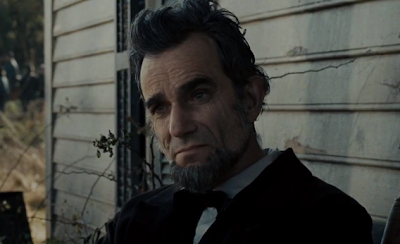 The biggest story surrounding the film, of course, is Daniel Day-Lewis' Academy Award winning performance. In my original review I wrote:


The soft-spoken, slump-shouldered man we see in "Lincoln" is far more approachable, an affable man with a folksy charm and a love of rambling stories that would often send his aides and cabinet members running. When the film starts, Lincoln is already near the end of his life, but even so one can see Lincoln's evolution into a tired mane with sunken features, withered by the long years of war and the stress of governing a divided nation. It's a haunting performance that is one of Lewis' finest in a career filled with towering achievements, proving yet again that he is arguably our greatest living actor.

It's difficult to write about Day-Lewis' portrayal of Lincoln without slipping into hyperbole, but it really is that kind of performance. Some of the best moments in the new Blu-ray come during the "Living with Lincoln" featurette, which explores the actors' process in surprising depth. While Day-Lewis' own, more mysterious process remains appropriately mythic and unexplored, the disc showcases Spielberg as something he hasn't really been known for as much throughout his career - a director of actors. While his filmography is littered with great performances throughout the years, one doesn't normally think of Spielberg as an actor's director as much as a populist entertainer, but here we see a new side of him. As an actor, I found the insights from Sally Field, Joseph Gordon Levitt, Tommy Lee Jones, and others to be particularly insightful, as they discuss how they researched their roles, got into character, and behaved on a set that discouraged talk of modern day trivialities in order to preserve a sense of reverence for the subject. 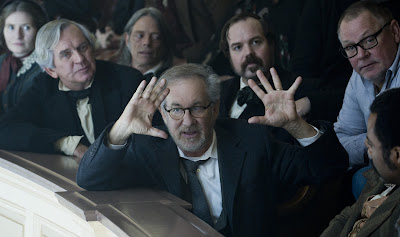 Also of interest is the "In Lincoln's Footsteps" featurette, which looks at the editing, sound design, and music of the film. Sound designer Bett Burtt discusses how he used actual sounds from a watch that once belonged to Lincoln and a clock that once adorned his office, giving the film a spiritual link to the president that actually adds a greater depth to the viewing experience. Those are the best kind of special features, the kind that deepen your appreciation of the film rather than acting as an extended advertisement for a film you've already bought, wherein the cast and crew throw hollow accolades at each other (admittedly a bit like the rather superfluous "A Journey to Lincoln" featurette on disc one).

The film looks gorgeous, of course. Janusz Kaminski's lovely cinematography, with its gas-lit interiors and natural, almost heavenly lighting, really pops on Blu-ray. It is a crisp, clear transfer that really highlights his expert use of light and shadow. While not as showy, perhaps, as has been some of Spielberg's other films, the work in in Lincoln is some of the best he has ever produced. This was clearly a labor of love for all involved, and its shows. The respect of the cast and crew for each other, for their director, and ultimately for their subject is evident at every turn, and I am confident that this film will live on much like the man himself.