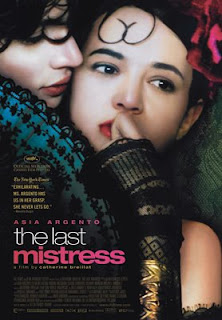 The fact that Catherine Breillat's The Last Mistress (IFC, 6.27) begins with a long shot of an elderly Viscount biting into a piece of chicken should have sent up a red flag right away. It's that kind of aimless, choppy misdirection that pockmarks the film and serves little purpose in the grand narrative. In fact, Breillat's odd bookending of the film with the Viscount (Michael Lonsdale) and his flibbertigibbet wife (Yolande Moreau...aka the female mime from one of my favorite segments in Paris, je T'aime) serves as an unnecessary distraction, making for one of the most glaring examples of a film that doesn't quite know what to do with itself.

Based on the novel, Une vieille maîtresse, by Jules-Amédée Barbey d'Aureville, The Last Mistress is the story of Ryno de Marigny (Fu'ad Ait Aattou), a penniless upper crust Lothario who is finally settling down with a virginal aristocrat, Hermangarde (Roxane Mesquida), and putting an end to his wild days. However, he cannot shake the memory of his ten year love affair with Vellini (Asia Argento), a tempestuous Spanish firecracker known not for her beauty, but for her domineering, independent spirit and eccentric ways.

That's a kind way to put it, because Argento's Vellini, is a coarse, uncouth, wholly unlikable whore of a woman who is all but impossible to like. I can't remember a more reprehensible romantic heroine in all of cinema. She makes Scarlett O'Hara look like a sweet Southern lady who just wants to be loved. 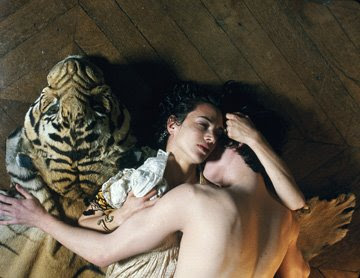 That was perhaps my biggest problem with The Last Mistress. My absolute loathing for Argento's despicable character nearly killed the entire movie for me. But there were plenty of other weaknesses to help it along. For a movie as filled with sex and infidelity as this one, it's surprisingly un-sexy. The sex scenes are dull, lifeless, and boring. I never once felt like these teo people ever really wanted each other, even without their seemingly random love-hate dynamic.

This is mostly due to the fact that Breillat has an annoying habit of telling rather than showing. A good chunk of the story takes place in flashback, as Marigny relates the story of his torrid love affair to Hermangarde's grandmother, La marquise de Flers (Claude Sarraute). But instead of showing, Breillat spends more time watching Marigny tell the story.

This would not be a problem if it had been done with any kind of dramatic tension or psychological drama, but instead Breillat sucks out all the energy with stilted pacing and awkward dialogue. It's an 18th century French soap opera by way of Telemundo. 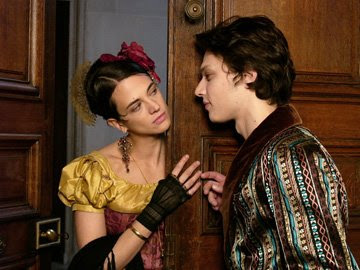 In fact, much of the film has the feeling of a second rate high school play with unusually high production values. Fu'ad Ait Aattou is an extremely attractive and magnetic lead, but Argento is, well...it's just a bizarre performance let's leave it at that.

Mostly the actors are just saddled with a stiff screenplay that should have been fluid. The film seems as if its never quite sure where it wants to go. It's trying to be a steamy, bodice ripping period soap opera, but it just comes off as uninspired and unsatisfying. When you have this many attractive people having this much sex onscreen, the result should not be so ho-hum. But The Last Mistress is a creaky yawn from the word go.

Anonymous said…
What a shame...and I was really looking forward to it...and I like the poster.

Anonymous said…
Don't give up on it Nick.........the professional reviews have been spectacular.

I admire and respect Matthew Lucas, but we will agree to disagree. I am in opposition with just about every point you make here, and find THE LAST MISTRESS as one of the year's best films.
But "taste" comes into play here in a big way of course. As usual, a well-written piece of film criticism.
2:51 PM