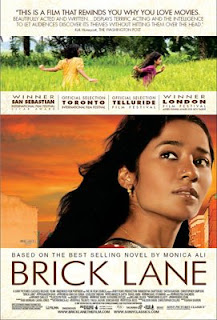 Brick Lane was a movie I wanted very much to like. It's beautifully shot and well crafted, and has lots of potential to be a great, deeply probing cultural drama. But ultimately, I was rarely anything more than profoundly disinterested.

I respect the film (which is based on the novel by Monica Ali) for what it is and what it is trying to do, but I was never interested or invested in the plight of the central character, Nazneen, a Muslim Bangladeshi woman who is married off by her family as a teenager to an educated man in England, where she goes to raise a family of her own. Confined in a loveless marriage by the cultural traditions of her people, Nazneen falls in love with a passionate young Islamic political activist, whose group begins to become more radicalized in the days after 9/11, when anti-Muslim prejudice hits a fever pitch.

I kept expecting the film to delve into this widening cultural divide between the Muslim community in the western world, as well as the gulf between radical Muslims and moderates, and the prejudices both face, but it never does. It touches on each of these things, giving them obligatory mentions, then turns back to Nazneen and her familial woes, which are never as interesting as the cultural and religious tensions that are always right beneath the surface, but never quite bubble to the top. 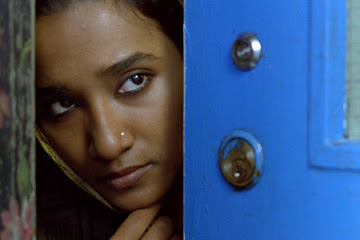 That being said, Brick Lane is a beautiful film, filled with striking imagery courtesy of cinematographer Robbie Ryan. Director Sarah Gavron has crafted her film well, as it is solidly put together with a competent knowledge of film form. But I just couldn't get into it. I always felt as if the film were missing the point, as if the story was much bigger than what they chose to focus on.

Fish-out-of-water cultural angst is nothing new, and Brick Lane never really brings anything new to the table, despite plenty of chances to explore its Islamic roots that are so dear to its characters, and ever more at odds with a world gone mad, as their own brothers and sisters begin to take up arms in jihad against the West. This is a fact that is given little consideration, and un-mined drama abounds from all angles. 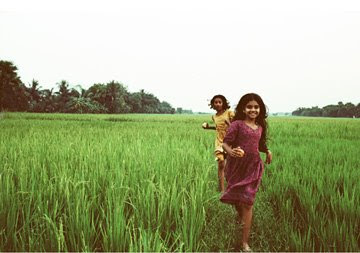 It's hard to knock the craft, which is undeniably good, and the film itself could never be mistaken for bad or second rate. But I never escaped the feeling that this could have been better. There is so much here left unexplored, and too many characters left with arcs I didn't quite believe (especially Nazneen's strong traditionalist husband). There is a good start here, a jumping off point for a film of great social significance.

But Brick Lane isn't quite that film. It's a beautifully made film with its heart in the right place, there's just not enough of that heart to go around.