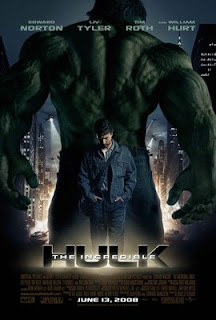 I've never had the (dis)pleasure of seeing Ang Lee's 2003 original Hulk, so I'm in the unique critical position of judging Louis Leterrier's current do-over on its own merits, and not in comparison to Lee's much maligned original.

Taken on its own, The Incredible Hulk works. It's an enjoyable throwaway summer action film that doesn't take itself too seriously, and has enough character driven drama to not be a complete waste of time. In other words, there's actually something going on beneath those fluorescent green eyes.

Leterrier (The Transporter) pretends the original doesn't exist, but dives right in to the meat of the story, recapping Hulk's origin story in an opening credits montage that fills in the gaps for the uninitiated.

When we first meet Bruce Banner (Edward Norton), he is a man on the run. Having been the victim of a military experiment gone wrong, he is being hunted by the the United States Army, led by General Ross (William Hurt), who wants to find a way to harness his energy into a new weapon to create the ultimate supersoldier. Banner only wants to be cured of the radiation poisoning that causes him to mutate into a massive hulk when his heart rate hits 200. 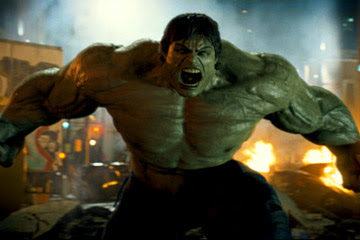 Desperate, Banner returns to his onetime lover, Betty Ross (Liv Tyler), who is also the General's daughter, for help, while the General sets about to test his new supersoldier serum on an ambitious soldier named Emil Blonsky (Tim Roth), who goes out of control in his lust to become the ultimate fighting machine, and becomes a seemingly unstoppable creature called Abomination. Faced with a disaster of his own making, the General is forced to turn to Banner, whose inner rage is the only thing that can stop Blonsky's path of destruction.

In a year that has already seen Iron Man (which also figures into this film), The Incredible Hulk has had a lot to live up to. And while it doesn't quite reach the high benchmark set by that film, it is a solid film in its own right. The character motivations aren't always fully fleshed out, and the fact that the Hulk talks (voiced by Lou Ferrigno, no less), brings in an unnecessary element of camp that hampers an otherwise pretty serious atmosphere. 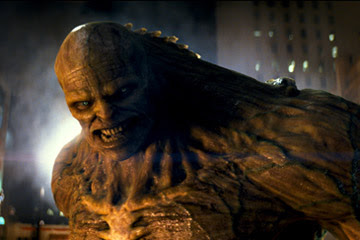 It does rectify one of Iron Man's weak points, in that the climactic final battle between Hulk and Abomination is every bit the titanic smackdown that the final battle of Iron Man wasn't. The rest of the film doesn't have the same zing as Iron Man though, it doesn't have that same freshness brought to it by Robert Downey Jr. and Jon Favreau's nimble direction. If it had, it may have surpassed it. It is a more serious film, free of the breezy, lighthearted atmosphere of Iron Man, but it is also more action-centric, focusing on the conflicted nature of Banner and the demon inside he wants so desperately to excise. Although, in his quest for killer action sequences, Leterrier lets some of the finer points get lost in the carnage.

The special effects are first rate, however, and the cast commit themselves totally to the premise, and give fine performances as a result. I was also impressed by Craig Armstrong's score, that while not destined to be a genre classic, is quite good and features some moments of surprising beauty.

I found The Incredible Hulk to be entertaining and diverting, but little else. It doesn't hold up to scrutiny very well because it begins to show its holes (what about Ross' current boyfriend? What happened to Tim Blake Nelson's kooky scientist?), but it's a fun ride if you give yourself up to it. It's a film that has to be taken on its own merits, but those merits are enough to provide a some great summer thrills.

Anonymous said…
I am almost done writing my own review of it, will be back to read yours in a bit, promise.
4:30 AM