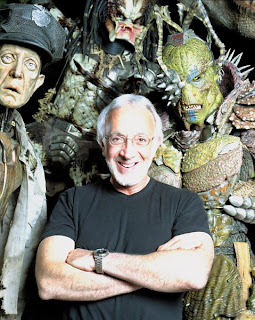 I just learned via Craig Kennedy's Living in Cinema, that Ain't it Cool News is reporting that legendary makeup effects wizard Stan Winston has died.

Winston was the man behind the animatronic dinosaurs of Jurassic Park, the predator in Predator, The Terminator, and many other iconic creatures.

This story has yet to break on Variety or any of the major news networks, so details are few and far between, but AICN seems to have substantiated the news through sources close to Winston.

Another sad loss for the film community.

UPDATE: Variety has confirmed the news, and has posted the story here.
Email Post