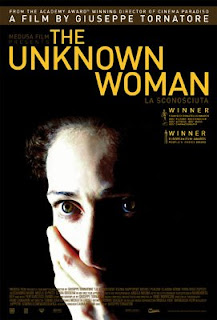 World renowned Italian filmmaker Giuseppe Tornatore hasn't made a movie since 2000's Malena, and while I may be in the minority who give high praise to that film, Tornatore has yet to reach the heights of his worldwide 1990 sensation, Cinema Paradiso.

His latest film, the first in 6 years (it was released in 2006 in Italy, it's just now making it to American screens), is a bit of a departure from what many have criticized as his overt sentimentality.

The Unknown Woman (or La Sconosciuta as it is known outside the United States) is a dark and edgy tale about a former Ukrainian prostitute who travels to Italy in search of something she she lost long ago that was violently taken from her by her cruel pimp. Once there, she weasels her way into becoming the new nanny to a wealthy family, with whom she forges a deep and unexpected connection.

The film is intercut with graphic flashbacks to her days as a prostitute back in the Ukraine, and as the story unfolds we slowly begin to learn what brought her to Italy and what exactly she is looking for, and the answers are shocking and unsettling. 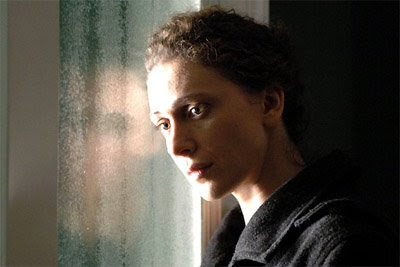 But therein lies the problem, it takes the film so long to reveal what she is doing that for nearly half the movie, we are given no reason to care, because we don't know what's going on. The first half of the film is filled with dark shadows, lots of sneaking around, and jolting flashbacks to acts of violent prostitution and violation, but nothing particularly compelling because none of it is given any weight. It just happens. It's a very disorienting feeling that is alienating instead of compelling. The abrupt flashbacks and slow progression serve more to convolute the story more than anything else.

Tornatore's eye for visual beauty has not been diminished by the muddled story, however. Of course, his usual lush style is scaled back because of the bleak subject matter, but it's a beautifully shot film if nothing else. 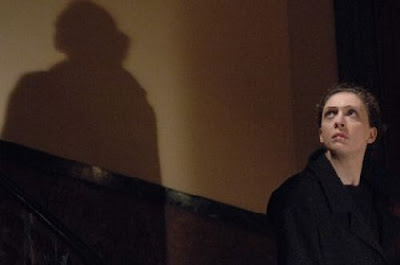 But The Unknown Woman does improve as it goes on. Once the main character, Irina's, main goal is revealed and the movie begins to unveil its secrets, it begins to find its footing. But the damage has already been done. We are left with half a movie with an unlikable protagonist with no goal and nowhere to go. She has a goal in mind of course, but the audience doesn't know what it is. The longer it goes without even giving us an idea what the movie is about, the less we care.

If the first half of the film was as strong as the second half, it would definitely not be on the level of Cinema Paradiso, but it would certainly be Malena level work. But it isn't. It's a missed opportunity. It's just too aimless, off-putting, and unpleasant for the first half to get off the ground in time. It's a late bloomer that doesn't have the time to make it to full flower. The Unknown Woman will go down as a very minor, weak work in Tornatore's canon.

Daniel said…
Hmm, another one I missed at the film festival that appeared to get very positive reviews. I like that I can come here for an honest opinion.
5:15 PM

Matthew Lucas said…
Glad to be your untainted source of honest Daniel. I always appreciate your honesty as well. "The Unknown Woman" just didn't do it for me. I started getting into it as it went along, but it was too little too late.

Maybe if I were to watch it again knowing what was going on I would like it better, but there are so many other things out there to watch. This one just doesn't seem worth it. Tornatore is capable of better.
1:25 AM