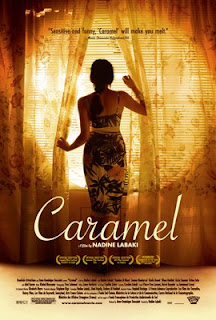 Fans of Sex and the City are highly encouraged to seek out and see Caramel, Nadine Labaki's charming, sensual Lebanese confection about five women who work in and frequent a hair salon in Beirut, where their lives and loves blend together like the delicious caramel they make to use as body wax.

Labaki stars as Layale, a beautiful hairdresser who is having an unsuccessful affair with a married man, until she is pulled over by a policeman for a seatbelt infraction and finds redemption for her indiscretions. Nisrine (Yasmine Elmasri) is on the eve of her wedding but is worried that she is no longer a virgin. Rima (Joanna Moukarzel) is a young lesbian in love with a beautiful, nameless customer she can only be with through doing her hair, and Jamale (Gisele Aonuad) is an eccentric, aging actress trying to recapture her lost youth. The final storyline (and my favorite), centers around Rose (Sihame Haddad), a older tailor whose devotion to her eldery, senile sister, Lili (a delightful Aziza Semaan), takes precedence over a tentative romance with a gentlemanly American customer.

This being a Lebanese film, the sex in this PG-rated city is pretty much non-existant. Labaki gets her kicks through implication, metaphor, and suggestion, and she does it with aplomb. Like Sex and the City, there is little depth here. But Labaki displays a keen visual eye and treats her characters with such warmth that it's hard not to feel as if you belong in the salon right there beside them. 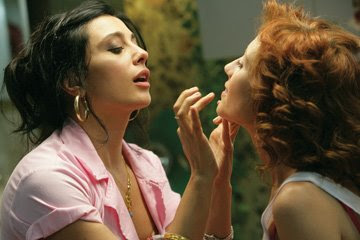 But for all its lack of sex, Caramel may very well be the sexiest movie of the year, and it does it without so much as a kiss. Labaki displays a distinct flair for atmosphere, and Caramel is as warm and sultry as PG-rated films come.

It's also very well performed. But my favorite performance in the film (despite very fine turns by Nabaki and Haddad) belongs to Aziza Semaan, whose Lili could have very easily been turned into a caricature of a crazy old woman. Instead, Semaan portrays Lili as a woman whose true self still exists beneath her senility, and while she provides much of the film's comic relief, when her old self shines through it makes for some very touching moments. 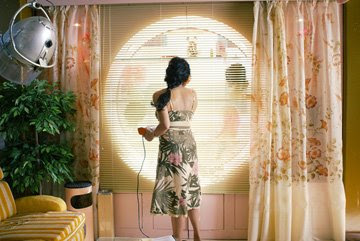 In fact that is the way most of the film is, equal parts funny and touching. It never really goes to the level of being moving or soul-stirring, but it's a heartwarming little piece and a solid, entertaining film. It brings these five women, all separated by age, class, and religion, and melds them together into a Beirut that may not actually exist, but into an ideal that is hard to resist. It never goes any deeper than that, but that's not really a problem for what it is.

It is utterly inconsequential but completely lovely, and is a strong first film for Labaki as a director. There is nothing particularly extraordinary about it, but it's likable, and in Caramel's case, likability goes a long way.

Anonymous said…
I totally missed the press screening of this {and Hancock} on Tuesday because of exams. Oh well, if you got it on DVD, I will get it on DVD soon at my rental place. Your review strongly confirms the feeling that I have that I will love the film.
9:55 AM

Anonymous said…
I loved the movie. And in fact the performances were brilliant.
I too have a review written about this movie here:
http://dhimant.blogspot.com/2008/07/caramel-movie-review.html
9:23 AM 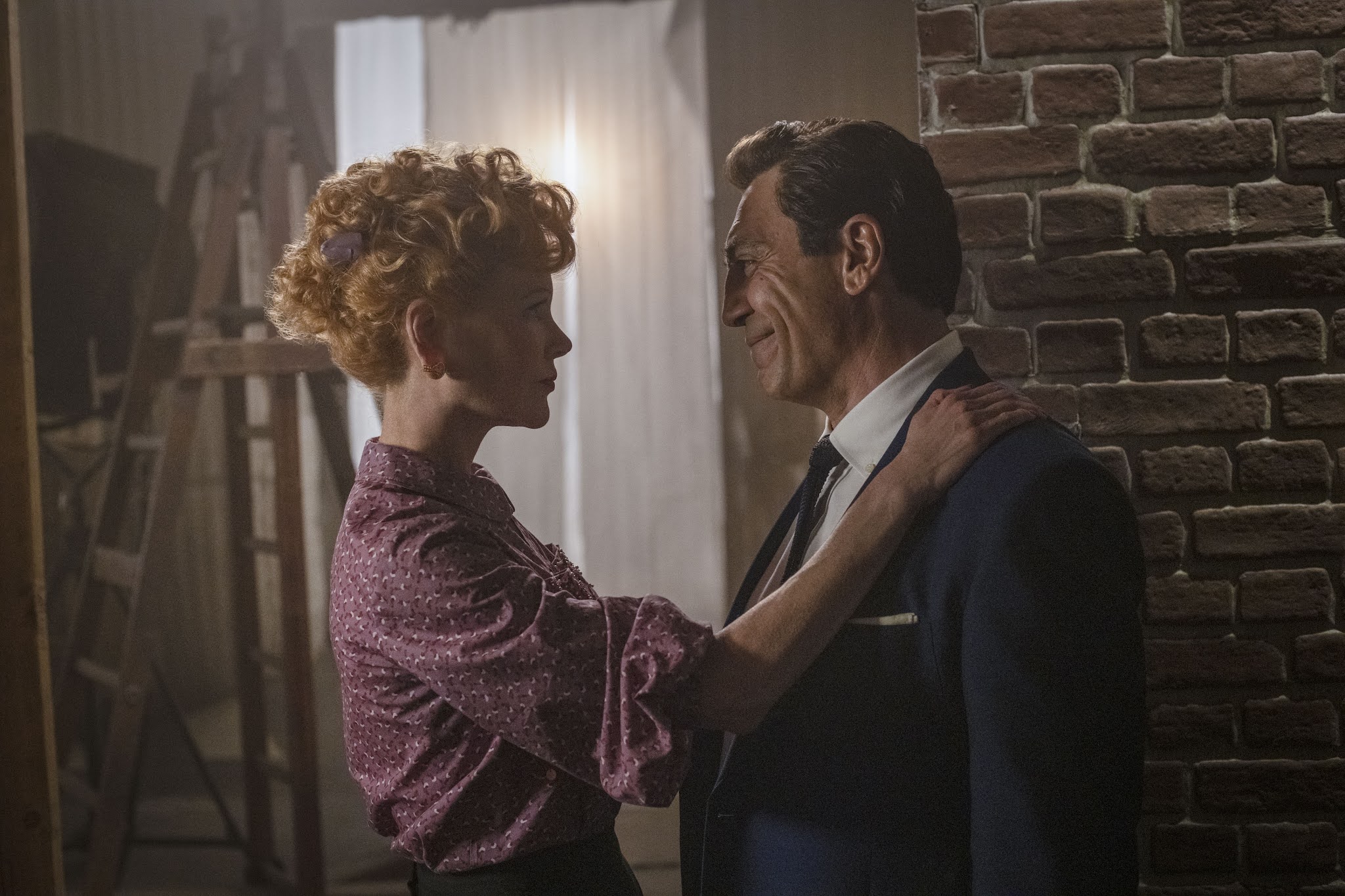