The Winter That Was

My top five are:
and the worst:
I was tempted to go see Paris Hilton's movie The Hottie and the Nottie just so I could say it is the worst so far, but just couldn't bring myself to be subjected to such torture.

2008 hasn't been stellar, especially for wide releases. The widest release of those top 5 is In Bruges, with 232 theaters. Which is a shame. Of those 5 films In Bruges had the biggest chance of becoming a bona fide mainstream hit. But it got buried in the muck. 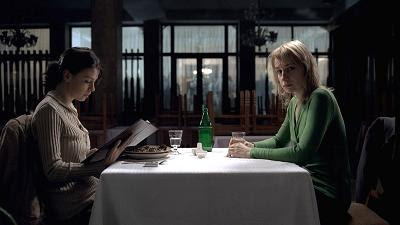 Laura Vasiliu and Anamaria Marinca in 4 Months, 3 Weeks, and 2 Days

I still have yet to see a film more powerful, more masterful in 2008 than Cristian Mungiu's harrowing Romanian masterpiece 4 Months, 3 Weeks, and 2 Days, and will be hard pressed to find one that can surpass it. As far as comedies, there hasn't been one as moving or as heartfelt as The Band's Visit in years. And Gus Vant Sant's Paranoid Park is a haunting and ethereal mood piece that strikes just the right tone.

You may be surprised to see The Counterfeiters make the top 5 after the review I wrote a couple of days ago, but the truth is it is actually quite good. It's just not Oscar-worthy, and probably will not show up on my top ten list at the end of the year. But it is definitely worth seeing and one of the best 2008 has had to offer so far.

There have been other good films - the best wide release is probably The Bank Job, a surprisingly solid heist thriller by Roger Donaldson, as well as the utterly delightful semi-wide release Miss Pettigrew Lives for a Day and the charming tear jerker Under the Same Moon (La Misma Luna). 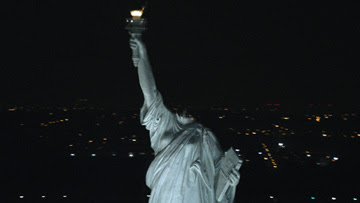 I would also be remiss if I did not give an honorable nod to J.J. Abram's cutting edge monster flick, Cloverfield. It may not have held up as well in retrospect but it's hard to deny it's chilling effectiveness. Director Matt Reeves brought 9/11 and the YouTube generation together in one sensational blockbuster ride that may not be topped for sheer thrills for some time to come.

Bring on the summer!

Anonymous said…
Winter for you, Summer for me. All I have seen is Paranoid Park, and we know where I stand on that, and Counterfeiters. They are in my top 5 with......Spiderwick and U23D! How sad.

I hope your Summer is great, even if Winter is a better season to watch movie in...imo!
6:44 PM

Matthew Lucas said…
Winter is indeed better, because that's when all the best films come out here. But by that time it's summer there so everything's backwards :-P
7:17 PM

Anonymous said…
So backwards. Well, with global warming who knows what might happen. I forgot about Katyn. Also in my top, ahead of Counterfeiters.
7:32 PM

Matthew Lucas said…
I didn't really consider "Katyn" since it hasn't been released here yet. I'll get around to watching it sometime soon.
7:42 PM