Variety is reporting that Clint Eastwood's new film, Changeling, starring Angelina Jolie, is set to debut at the Cannes Film Festival in May. 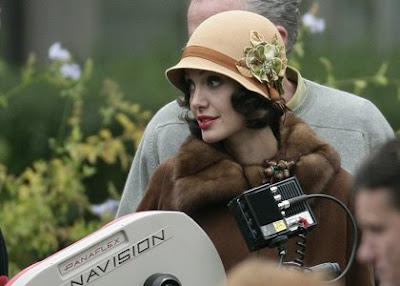 Angelina Jolie on the set of Clint Eastwood's Changeling.
The film will be released in the United States in November.

Also, despite earlier reports to the contrary, Woody Allen's Vicky Cristina Barcelona will also bow at the 2008 Cannes Film Festival.

Anonymous said…
This is a good movie with a good story. Angelina Jolie is good in the role of Christine Collins
9:23 AM