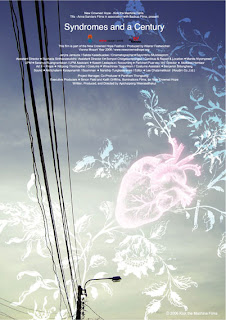 I'm a little late in getting around to reviewing this one, as it was a 2007 film, but true to form, this gem from Thailand never opened around here, and seems to be just as scarce on video. Even my local independent video store had not heard of it, and they generally specialize in the rare and hard to find. But after a long wait, and nearly a year after its initial theatrical release, I have finally seen Apichatpong Weerasethakul's much lauded Syndromes and a Century.

I must admit it was not what I expected. Syndromes and a Century is a very deliberate, slowly paced film that requires patience from the viewer, but the rewards it offers in return are more than worth it.

Set in two different hospitals, one set 40 years ago and the other in present day, Syndromes and a Century is based on director Apichatpong Weerasethakul's recollections of life growing up around hospitals with his doctor parents.

The film really has no plot to speak of. This is stream of consciousness filmmaking that creates a world as it might look through the fog of memory. At first parts of the film may seem a bit repetitive and redundant, as the film switches time periods halfway through and the exact same events from the first half of the film play out from the opposite angle at which they were shot in the film's earlier half. But the film then fades into its slice of life observation, and it opens up into something wonderful. 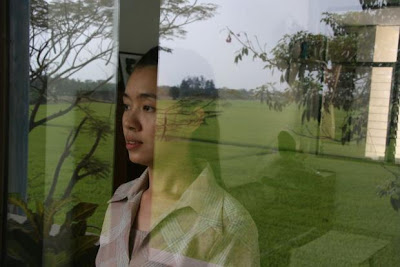 The pace is slow and meandering, the camera usually staying at wide, dispassionate angles for maximum objective observation. Weerasethakul avoids closeups, instead filming with wide, static shots, very much the way we would recall a memory or a dream in the third person, watching ourselves do something from outside our own body.

In fact the whole film is something of an out of body experience. Characters talk often of their past lives, and indeed Syndromes and a Century often feels like something out of another life, especially in its juxtaposition of the two time periods, which despite their distance in time share striking similarities. 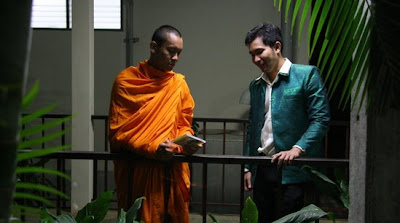 It is an once familiar and alien, foreign and yet immediately accessible. It is a film of strange beauty, totally unique and yet comforting in its humanity. There is much to be gathered from this wonderful little film. It may not all be right on the surface but it's always there.

Syndromes and a Century is a fleeting shadow, an elusive memory fading as the mind slips into sleep, a long lost lover reborn in a dream. It is a film of great and subtle beauty, that while, not perfect, will linger in the memory like the strange and random moments that we never forget, and can never quite understand why.

Matthew Lucas said…
Haha, sorry I accidentally posted before I was finished.
2:02 AM

Anonymous said…
Nice review Mr. Lucas. We may disagree on Jeff Wells, but it warms my heart that we see the same joys in this odd but beguiling film.
3:43 AM