Steven Soderbergh's twin Che Guevara biopics, The Argentine and Guerrilla, will both be premiering at the Cannes Film Festival after all, despite recent speculation that they would not be completed in time to be shown. 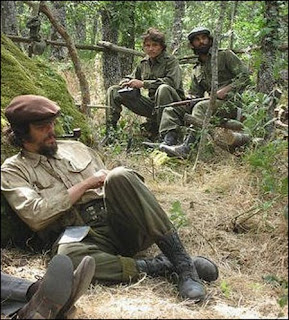 Several highly anticipated films will premiere at the festival, including Steven Spielberg's Indiana Jones and the Kingdom of the Crystal Skull, Woody Allen's Vicky Cristina Barcelona, and the Dreamworks animated offering, Kung Fu Panda (has this really not been released yet?).

The 20 films showing in competition are:

J.D. said…
The Argentine and Guerrilla confuse the fuck out of me. *scratches head*
11:50 AM