Below is a partial list of some of the films being released on DVD today, along with a blurb and a link from my reviews. The star rating is in parenthesis after each blurb. 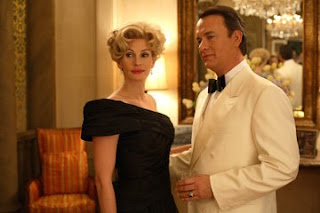 What we are left with is a movie with bite but no teeth. Aaron Sorkin gives the actors lots of great one liners, and Philip Seymour Hoffman gives yet another great performance this year (after stellar work in Before the Devil Knows You're Dead and The Savages). It is a good movie, a perfectly acceptable, entertaining film with the potential for broader appeal than most movies that have tackled similar subjects. But what is the price of success? Would you rather be a popular movie that is merely good, or a great movie that fewer people see? (***) 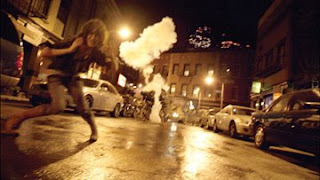 What is the creature? Where did it come from? Why is it there? We never know the answers. Instead, "Cloverfield" eats at us with its nerve-fraying sense of mounting dread, creating a real atmosphere of paranoia and fear. It is an instant classic, with some images destined for iconic status (the headless Statue of Liberty, its head crashing into a New York street, is hard to shake). Producer J.J. Abrams and director Matt Reeves really take us for a ride on this one, and at only 80 minutes long, it moves at a brisk clip, hardly leaving us time to catch our breath. We haven't seen a quality mainstream movie with such potential for longevity and remembrance years from now, but out of "Cloverfield," a new movie monster legend is born. (***½) 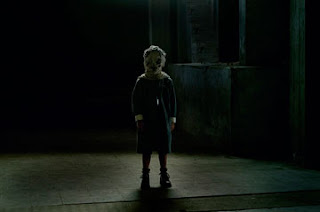 Unlike many films of this genre in the post-Sixth Sense world, The Orphanage doesn't try to hit us when any 11th hour twists or turnarounds that pander to the audience...but still manages to surprise and shock anyway. It's a truly unnerving work, a creepy and atmospheric mood piece that relies more on slow, agonizing buildups and an overall aura of haunting dread than the usual cheap tricks of its genre. It is also beautifully designed (I especially loved the Tim Burton-eque main title sequence), with sumptuous production design by Josep Rosell, and a sublimely eerie score by Fernando Velázquez. (***½) 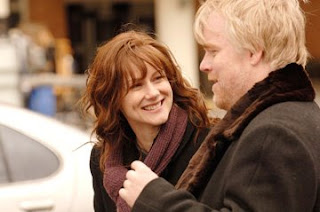 There's quirk and dysfunctionality aplenty in "The Savages," but writer/director Tamara Jenkins' assured script (a far more sophisticated and accomplished work than Diablo Cody's self-conscious "Juno" screenplay) skillfully avoids any form of pandering and cliché and creates something infinitely more inspired. Like Alexander Payne's "Sideways" before it, "The Savages" takes a funny, razor-sharp and ultimately touching look at real adult problems through two people who haven't quite grown up yet. (***½)

J.D. said…
Laura Linney is so frakking excellent in The Savages. Even if I didn't really love it as a whole, she's reason enough to see it again and again.
11:08 PM

Anonymous said…
I would love to get Savages, for sure, and I would no hate it if someone would give me CWW on DVD even though it was a huge disappointment, I loved Emily Blunt and Amy Adams, so there :)
8:06 AM