"Vampyr" Gets the Criterion Treatment 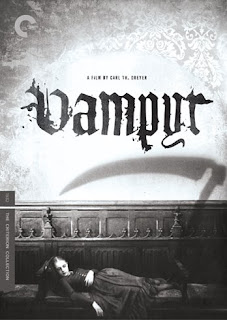 Chalk this up as my good news of the day! The Criterion Collection will be releasing Carl Th. Dreyer's gothic 1932 silent horror film, Vampyr, on DVD July 22.

I'm drooling in anticipation already. Vampyr was Dreyer's follow-up to his masterpiece (and my favorite film of all time) The Passion of Joan of Arc, and remains to this day one of the creepiest films of all time.

Featuring some of the most eerie imagery ever put on film, Vampyr is an atmospheric tale of mysterious occurrences surrounding a remote castle, and continues Joan of Arc's standard of haunting, lyrical imagery, but the effect this time is much more chilling than emotional. 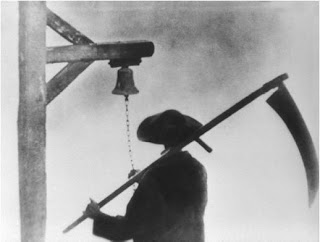 The film is in the public domain, and available in its entirety on Youtube, but I suggest waiting for this DVD. Criterion always does an excellent job of transferring and re-mastering their films, and I can almost guarantee that Vampyr will follow that same high standard.

I've been hoping Criterion would give this film the treatment it deserves for years, and I can't wait until my copy comes in.
Email Post

Fox said…
I saw this on Criterion's site this morning and bounced with joy.

If I remember correctly, the only other DVD transfer of this film is pretty average.

Ric Burke said…
Great news indeed, I've been waiting for this film to be transfered for what seems an eternity.

Great blog by the way, I look forward to your next post.
7:18 PM

Curiousityloko said…
Ah yes the Criterion collection, like a film's expensive day at the spa, complete with skin treatment that actually does get rid of the blemishes. God bless Criterion
10:46 PM