Review: "Then She Found Me" 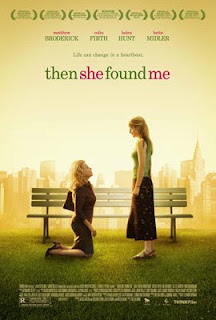 There are few things I cherish more in life than a good cry at the movies. I've seen 32 new releases so far this year, and of those films, not one has given me that great, cathartic cry that I'm always in search of. Until now.

Helen Hunt's Then She Found Me is a rare breed. It is a smart, funny, touching romantic comedy that is fully honest about life and relationships. As a director, Hunt finds the truth in her situations. Some of the comedy may border on outlandish, but she balances it well, and emerges with one of the most honest and real on-screen romances I have ever seen.

Hunt directs herself as April Epner, a middle aged school teacher desperate for a child of her own, who in quick succession is left soon after her wedding by her immature new husband (Matthew Broderick), loses her adoptive mother, and is suddenly approached by an eccentric television personality (Bette Midler) claiming to be her birth mother.

Her life gets increasingly complicated when she meets Frank (Colin Firth), the slightly neurotic single parent of one of her students, and forges a meaningful connection unlike any she has ever had before. 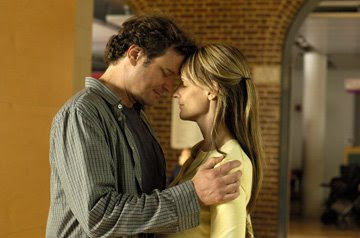 The result is pure magic. Hunt expertly balances absurd comic situations with serious drama in a way that is never awkward or forced. She treats each character as a human being, even Midler's, who tends to occasionally swing toward the outlandish. But she never goes too far with it.

Hunt also turns in a fantastic performance as a wounded woman who just needs to love and be loved, and finds it extremely difficult in her increasingly chaotic life. Her relationship with each of the characters is wholly real, but especially her relationship with Frank. It's so truthful, so honest, so insightful into how relationships actually work. It is a totally undiluted, up front statement of relationship dynamics, and an acceptance of all their imperfections. 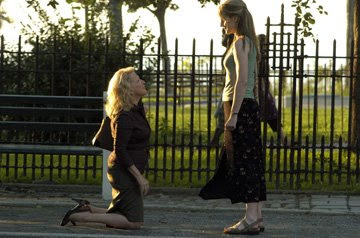 But the real core of the film is the relationship between parents and children, and the need to not only be loved, but to share that love with others.

I adored this film. Hunt has created a pitch perfect blend of humor and serious emotion that goes straight for the heart without ever being obvious about its intentions. It quietly sneaks up on you when you least expect it and delivers a powerful emotional punch. It has everything that most mainstream romantic comedies lack, and I see no reason why this one should not be getting a bigger marketing push than it is. THINKfilm has something special on its hands. I don't know if they know it, but Then She Found Me is one in a million.

Anonymous said…
A good cry? I am so in.

I've not heard great things about this film, until your review, and I am very interested now.

I will always love Helen Hunt, and if it takes her years to do something great, like I am hoping this film is, like you say it is, then I am fine with it.
2:01 PM

Anonymous said…
I hate to admit it but yes, it did make me a little wiggly in the seat and a bit teary eyed. Always a welcome response.
6:34 PM