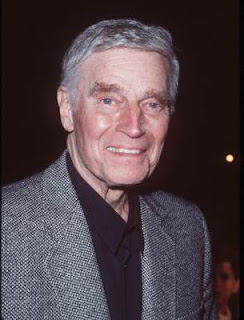 Charlton Heston, who won the 1959 best actor Oscar as the chariot-racing "Ben-Hur" and portrayed Moses, Michelangelo, El Cid and other heroic figures in movie epics of the '50s and '60s, has died. He was 84.

The actor died Saturday night at his home in Beverly Hills with his wife Lydia at his side, family spokesman Bill Powers said.

Powers declined to comment on the cause of death or provide further details.

Heston revealed in 2002 that he had symptoms consistent with Alzheimer's disease, saying, "I must reconcile courage and surrender in equal measure."

Heston was best known for his roles in films such as Ben-Hur, The Ten Commandments, and Planet of the Apes, and in later years as president of the National Rifle Association, as memorably chronicled in Michael Moore's 2002 documentary Bowling for Columbine.

Heston was never a great actor in the modern sense, but he was a powerful on-screen presence, and he created many memorable characters and starred in many classic films. 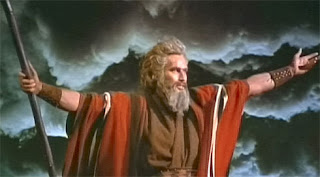 And so passes another Hollywood legend. So let it be written, so let it be done.
Email Post

Anonymous said…
Shame, RIP Mr. Heston. I really forgot who you were, but I am sad you had to leave.
6:31 AM