I have all but given up hope that The Banquet, Feng Xiaogang's Chinese wuxia retooling of Hamlet, will ever be released in American theaters. 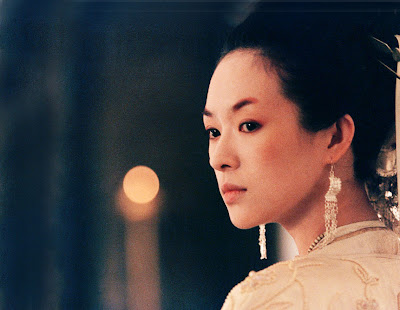 The film was Hong Kong's official submission to the Academy Awards for 2006, but it has never been given an American theatrical release, despite being easily available through foreign DVDs online.

Wuxia films have generally done well here, with the exception of Chen Kaige's regrettable The Promise. Crouching Tiger, Hidden Dragon, Hero, and House of Flying Daggers all enjoyed some measure of success and critical acclaim - Curse of the Golden Flower less so, but it did manage an Oscar nomination for Best Costume Design. 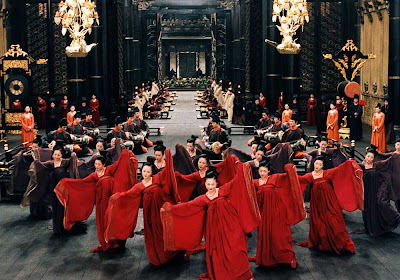 The issue here is that The Banquet is a great film - the best wuxia film since Crouching Tiger itself. And it stars Ziyi Zhang, who is also quite popular here in the states.

It's one of the most gorgeous movies I have ever seen - the set of the Emperor's Palace is the largest ever constructed in China (designed by Crouching Tiger's Oscar-winning Tim Yip), and Tan Dun's score rivals the power of his Oscar winning score to Crouching Tiger.

And yet, no studio seems to want to touch it. Sadly, even if they did, it would probably just get dumped in a few theaters then go straight to DVD. But anything would be preferable to no release at all. 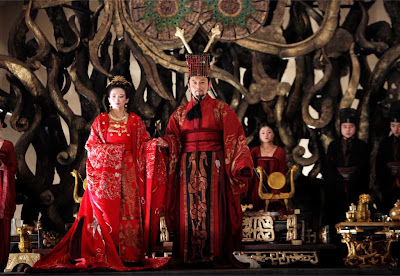 Here are my remarks from a year ago after I first saw the film. And I stand by everything I said then. It's a magnificent work. I just felt the need to reiterate the point that this movie deserves to be seen. I want to keep it from being buried as best I can until it finally comes to the states the way it should be.

Release The Banquet. If ever a movie demands to be seen on a big screen, it's this one. Studios take note.

Anonymous said…
I haven't seen this one, but I was pretty disappointed in The Promise. Do you think the wuxia fad is over for the studios and that's why no one has snapped it up?
3:13 AM

Why hasn't anyone caught this yet? 'Cuz they changed the title.

J.D. said…
Also: The Weinstein Company is releasing it.

Matthew Lucas said…
"The Promise" was pretty bad. Maybe it put a nail in the coffin for a while, who knows?

Thanks for the heads-up J.D., but I'm pretty disappointed that it's going straight to DVD instead of getting the theatrical release it deserves.

I knew of the alternate title, but didn't realize it would carry that name here.
12:04 PM