On "The Diving Bell and the Butterfly" 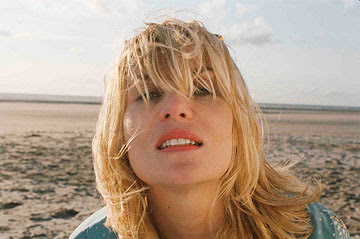 My full review of Julian Schnabel's The Diving Bell and the Butterfly was published in The Dispatch on Thursday:

But what makes "The Diving Bell and the Butterfly" so unique and special is that this isn't your typical "person overcomes adversity" Lifetime movie - Bauby is cynical and often downright disdainful of people and his situation, but he learns to cope and make the most of what he has, and Schnabel never rubs our faces in any kind of schmaltz. His direction is beautiful and painterly (Schnabel was an artist before turning to film), almost like a dream on film, and he is aided by his editor, Juliette Welfing, whose ingenious cutting helps Bauby's story come to life, and she also received Academy recognition for her efforts.

Films like this are rare - movies that celebrate what is best in humanity in a powerful and moving way, that deserve to be seen and remembered. "The Diving Bell and the Butterfly" is one of the handful of films this century that deserves to be called a masterpiece.