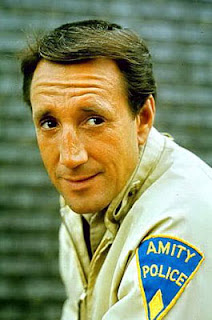 From The New York Times:

Roy Scheider, a stage actor with a background in the classics who became one of the leading figures in the American film renaissance of the 1970s, died on Sunday afternoon in Little Rock, Ark. He was 75 and lived in Sag Harbor, N.Y.

Mr. Scheider had suffered from multiple myeloma for several years, and died of complications from a staph infection, his wife, Brenda Seimer, said.

Mr. Scheider’s rangy figure, gaunt face and emotional openness made him particularly appealing in everyman roles, most famously as the agonized police chief of “Jaws,” Steven Spielberg’s 1975 breakthrough hit, about a New England resort town haunted by the knowledge that a killer shark is preying on the local beaches.