Review: "The King of Kong: A Fistful of Quarters" 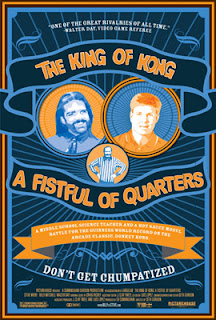 I finally got around to seeing Seth Gordon's documentary gem, The King of Kong: A Fistful of Quarters the other day, and I fully agree that the Academy once again royally screwed up by not shortlisting this for Best Documentary. It's easily one of the most nail-biting and purely entertaining films of the year - not to mention morbidly fascinating.

It all centers around the world of competitive classic video gaming. Steve Wiebe is an out of work family man looking for something to excel at - so he chooses to go for the world record Donkey Kong score, a title held for over 20 years by gaming superstar Billy Mitchell.

The most surprising aspect of The King of Kong, other than its keen sense of humor, is how unbelievably suspenseful it is. It's right up there with other unusual competition documentaries like Spellbound, Wordplay, and Murderball. It's also morbidly fascinating - the gaming world is like a secret society, and all are instantly suspicious of newcomer Wiebe, especially his quest to unseat their undisputed god - the mega-douchebag Billy Mitchell - from his throne. 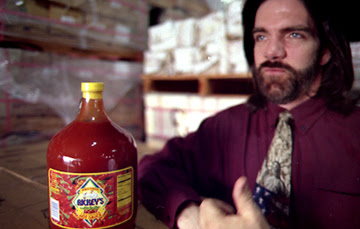 As such, The King of Kong isn't just about a competition - it's an all out battle between good and evil. Mitchell represents the epitome of someone living in an ivory tower who has been on top too long. He refuses to even acknowledge Wiebe, despite Wiebe's easy-going demeanor and friendly intentions. Instead of coming out and publicly gaming against Wiebe, he sends out questionable videos of his high scores, which his minions lap up like manna from heaven. Wiebe is Luke Skywalker and Mitchell is Darth Vader. 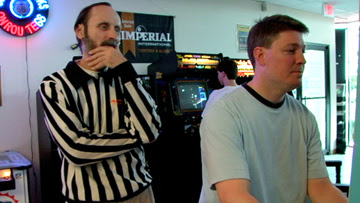 That's why this whole situation is so patently ridiculous. These people are so entrenched in their own little, let's face it, insignificant corner of the universe that someone who is not completely consumed by it is automatically greeted with suspicion and contempt.

Human nature? You bet. And it's fascinating stuff. Darwin himself couldn't have come up with a test case this engrossing. It's a maddening experience, but ultimately a rewarding one. You can't make fiction this outrageous or this thrilling. It's an escalation of petty rivalries to something that changes people's lives - and it's a hilarious case study in humanity that is both sad and uplifting.

Good triumphs over evil and all is right with the universe. The Force is with The King of Kong.