The Shooting of "Jesse James" by the Cinematographer Roger Deakins

I went out yesterday and picked up a copy of Andrew Dominick's The Assassination of Jesse James by the Coward Robert Ford on DVD, and as I was watching it again last night I was struck by how many new aspects of it I was noticing. 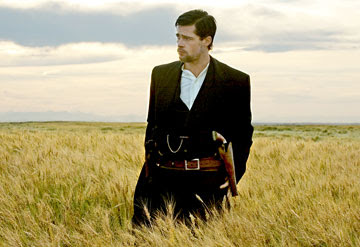 I first saw the film in New York last October, and I fell in love with it immediately. But in watching it a second time I became even more acutely aware of its delicate brilliance - especially that of cinematographer Roger Deakins. 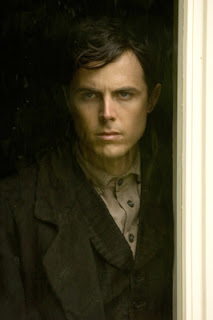 focus, forcing us to concentrate on the middle of the frame. Dick Pope used a similar technique in The Illusionist a few years ago, but to a different effect. Pope's use lent the film the air of a gaslight projection, almost like a silent film relic of the time. Deakins' lensing of Jesse James, especially in the transitional shots that are covered by Hugh Ross' narration gives us the illusion that we are watching the action through a glass, which is how Robert Ford views the world. He sees everything through his own, slightly distorted lens. Deakins' camera becomes his eye, and we see Jesse as the mythic hero of Ford's dreams, and we too begin to realize that the myth and the man are two very different things.

I already thought Deakins' cinematography was the best of the year, but my re-viewing of the film last night has cemented my opinion. The Assassination of Jesse James is breathtakingly gorgeous, a mournful and elegiac tone poem to a bygone era, and the beginning of a new one, obsesses with fame and celebrity.

In a way, Jesse James is about the birth of our own celebrity-obsessed culture and the dangers that go with it. Bob Ford's mind has been shaped by the media's romanticized portrayal of an outlaw, but he finds that the truth is much darker. 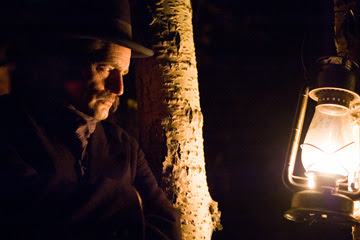 So too is his own infatuation, which soon becomes much more than that. He no longer merely idolizes Jesse James, he wants to become him, to possess him, and eventually to replace him. He loves Jesse's image but he covets it for himself. He is the Mark David Chapman of the 1800s, and Jesse James was the first rock star.

And this is all captured by Deakins' camera. This man deserves the Academy Award...he doesn't just shoot pictures, he tells stories through images. And there is always something going on beneath Jesse James' surface.

Anonymous said…
Lucky you, I cannot wait to get my hands on this film!!! Maybe I'll order it from Amazon...anyway, if Roger Deakins doesn't win for Jesse James, I will be so angry.

I haven't seen a film with cinematography like it before, and I don't think I ever will. It made the film something more you know, I could not take my eyes off it. I would do anything to see the film again, and again, and repeat the cycle.