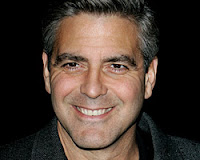 Deal is the second in the past two weeks between WIP and Smoke House; Clooney and Heslov earlier came aboard to produce "White Jazz."

Details are still being worked out in the Grisham deal, but Clooney and Heslov are solely producing at this point.

Published in October by Doubleday, "Innocent Man" is the true story of a gross miscarriage of justice that sent Ron Williamson to Oklahoma's death row for 11 years for a murder he did not commit. Among the flimsy evidence: eyewitness testimony from the man ultimately convicted of the murder.