A Change in the Wind?

Here, two days before the National Board of Review announces its year end awards and officially starts the 2006 Awards Season, I am sensing a subtle shift in the breeze. Dreamgirls, The Departed, and The Queen have generally been seen as the undisputed frontrunners for Best Picture nominations. However, Babel also seemed to have a pretty solid inside shot. It's the fifth spot that is the most debated. 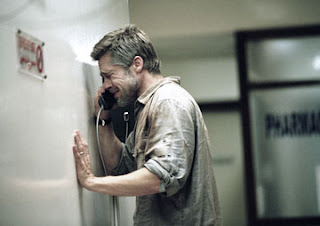 But for some reason today I started detecting a chink in Babel's armor. Has it got a shot? Most definitely, and a very good one. But for some reason my spidey senses are tingling that Babel may be a weaker contender than I thought.
What would take its place? Not The Pursuit of Happyness, as some are saying. It's a crowd pleaser, to be sure, but too conventional I think to be counted among the top 5. Will Smith will get some love, but that will probably be all. Little Miss Sunshine perhaps? The Good German seems to have fallen away completely, as the early reviews have not been kind. Letters from Iwo Jima is picking up some quiet momentum, but I don't think we will see both it and Flags of Our Fathers in the running, and I still think Flags has the better shot. Volver is also a possibility, if it can clear the foreign language hurdle.
I think of those Little Miss Sunshine stands the best chance. It's a crowd pleaser, well liked in the industry, and very smart. It's the indie success story of the year.
I hope I'm wrong though. Babel deserves to be nominated. We'll see how the early awards go. But right now, based on the buzz I'm hearing, I have a feeling that it's momentum may have peaked.
Email Post