The top ten list is still to come, but in the mean time, here is a list of other individual achievements from 2006. 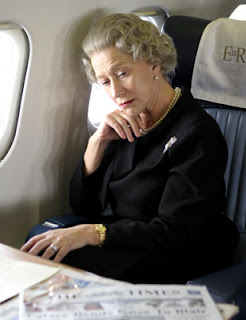 It may be cliche to say this at this point, but that doesn't stop it from being true. Mirren is nothing short of luminous in her role as Queen Elizabeth II, whose stern countenance belies the grief within as she begins to lose the faith of her subjects. It's the role of a lifetime, and Mirren inhabits it with a regality that is awe inspiring. 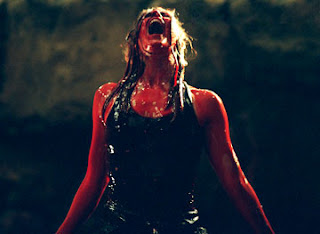 With a horror movie being released on nearly every weekend this year, it's easy to become tired of all the lame premises. It's not a genre known for creativity, "The Descent," however, is stunning. Quite possibly the scariest movie in two decades, "The Descent" follows a group of female spelunkers into an uncharted cave deep in North Carolina's Appalachian mountains, where they discover something living in the darkness. Intense, clausterphobic, and almost unbearably unnerving, "The Descent" creates an unforgettable atmosphere that just oozes dread, so by the time the creatures finally appear two thirds of the way through the film, our nerves have been wound tight and shredded to pieces. It's a horror masterpiece, the likes of which we haven't seen since "Halloween," and are unlikely to see again anytime soon. 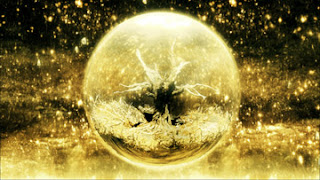 For Darren Aronofsky’s cerebral meditation on reincarnation and the fountain of youth, composer Clint Mansell brought in the classical group Kronos Quartet, and the Irish rock band Mogwai to produce a score that sounds like no other. From the haunting, Philip Glass-like opening track with its melancholy meandering strings, to the jaw dropping finale, with its pulsing electric guitars overlaid with frenetic violins and a soaring choir, to the heartrending solo piano of the final piece, "The Fountain" never fails to impress with it’s bold mix of old and new to describe its thousand year epic love story. In a year with relatively few great scores, it alone shines as a towering masterpiece. 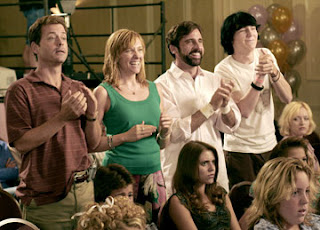 It would be easy to put "Borat" here. And while it is gutbustingly funny, it's also equally disturbing, with overtones too serious to really be considered the funniest. Instead the title goes to Jonathan Dayton and Valerie Faris' charming "Little Miss Sunshine", a film that made me laugh so hard that I literally ached when it was over. A clever mix of humor and heart, with a healthy dash of cynicism. This was the summer's biggest bright spot. 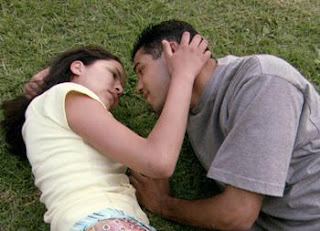 In this delicate serio-comedy by Richard Glatzer and Wash Westmoreland, a 15 year old girl living in L.A. discovers that she is pregnant without ever having sex. A loving portrait of L.A.'s Hispanic community has an astonishing sense of time and place, "Quinceañera" is an unexpected, big hearted joy. It's a tiny film (made for less than $500,000 and a mostly non-professional cast) that sneaks into the heart in a big way. 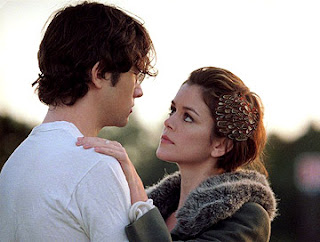 In a year when veteran director Brian DePalma's "The Black Dahlia" tried and failed to be a film noir throwback, first time director Rian Johnson took the tried and true genre and made it feel new again. By transporting it into a modern day California high school, Johnson deftly avoids what could have become an embarassing parody or misfire into pure poetry. Seeing highschool students chew on hard-boiled noir dialogue while dealing with a dark mystery involving murders, teenage thugs, drug lords, and pubescent femme fatales, is a revelatory treat. "Brick" is a sexy, delicious mystery worth discovering again and again. It is to film noir what "Far From Heaven" was to Douglas Sirk melodramas.

MUST-SEE OF THE YEAR
"An Inconvenient Truth" 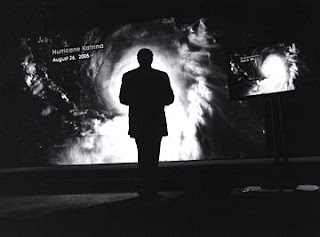 It may not technically be the best documentary of the year ("Why We Fight" has that distinction), but it has the potential to be the most life changing movie you will ever see. If you only see one more movie for the rest of your life...see this one. Al Gore's passionate explanation of global warming, and his grim warning of its consequences, showcases a looser, more energetic side of him than the one we saw during the 2000 presidential elections. This Al Gore wants to save the world...and the more people who see this film, the greater his chances. And yours. 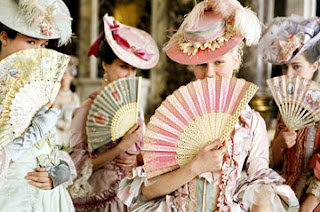 To accompany her decadent, whimsical, free-associative rendering of notorious French party-girl and queen Marie Antoinette, Sofia Coppola put together an unconventional collection of 80s, post-punk, New Wave rock that creates a distinctively lilting atmophere. From The Cure to Bow Wow Wow to Gang of Four to New Order to The Strokes, this quirky and delicately exuberant collection is the girl-power party album of the year. 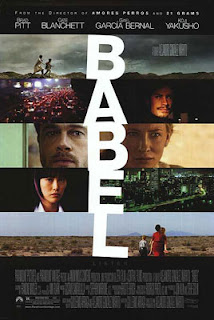 There are no weak links here in Alejandro González Iñárritu's sprawling multicultural drama. Brad Pitt, Cate Blanchett, Gael Garcia Bernal, Koji Yakusho, Rinko Kikutchi, and Adriana Barazza headline an impressive cast from around the world in a tale about the failures of human communcation.

MOST WARPED
"Strangers with Candy" 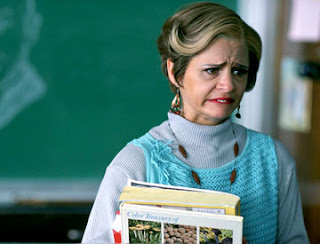 You thought I was going to say "Borat" didn't you? Well I'm not afraid to admit it. I really, really liked this movie. A lot. This twisted black comedy starring Amy Sedaris and Steven Colbert, about a 42 year old woman who goes back to high school after getting out of prison, is one of the most sidesplittingly off the wall films we've seen in a long time. It's unabashedly, gloriously, shamelessly weird. You either get it or you don't. The more warped your sense of humor...the better your chances.

MOST MAGICAL
"The Illusionist" 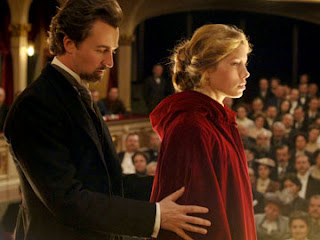 Of the two magician movies this year, "The Illusionist" succeeds in its goals the most. While both were good films, where "The Prestige" was cold and mechanical, "The Illusionist" has the feeling of real magic. Mysterious and brooding, with its lamplit cinematography and entrancing score by Philip Glass, this one pulls of a deft slight of hand trick that "The Prestige" only thought it did. 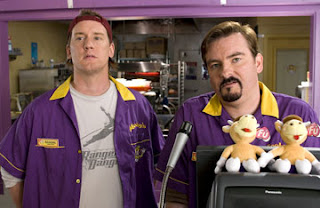 Yes Dante and Randall are back...and no, they haven't grown up yet. Kevin Smith's pair of misfits that started it all are back in this gleefully profane comedy that shows that sometimes, maturity does not come with age. And more profoundly, neither does success. Plus it's damn funny.

GUILTY PLEASURE OF THE YEAR
"Snakes on a Plane" 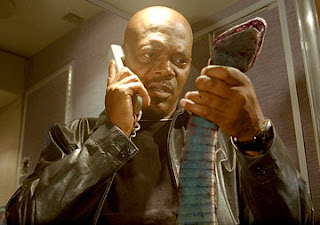 Yes, this campy, pulpy pleasure is more fun than it has any right to be. But Samuel L. Jackson fighting off deadly snakes at 20,000 feet in this tounge-in-cheek adventure is quite simply the most fun movie-going experience of 2006. 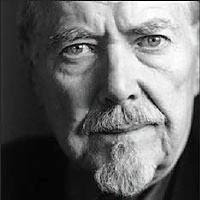 It was Robert Altman's "Gosford Park" back in 2001 that first introduced me to the wonders of films beyond the mainstream. So I give credit to him for beginning my love of cinema. I sat down to watch "Gosford Park," and was so enthralled, so completely mesmerized, that I totally lost myself in the world of the film. I never wanted to leave, and I haven't been the same since. So when he passed away on November 20 at the age of 81, the world seemed a little bit emptier. The reason I loved film was gone - the master who directed "M*A*S*H," "Nashville," "McCabe and Mrs. Miller," "The Player," and most recently, "A Prairie Home Companion," had made his last film. It's interesting now, going back and watching "A Prairie Home Companion," how his death makes it resonate that much more. It is an elegiac, wistful ode to old institutions, to bidding farewell to the gold standards we always thought would be with us. Well, Robert Altman, one of the gold standards of American filmmaking, may be gone but his films are still with us. And for that we are eternally grateful.
Email Post