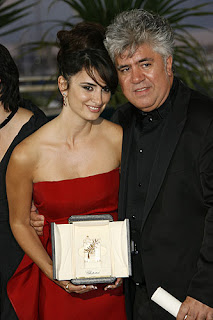 The Hollywood Reporter is reporting that Pedro Almodovar and Penelope Cruz, fresh off their success from the critically acclaimed Volver, will reteam for El Piel Que Habito (The Skin I Live In).
According to the article:

Almodovar announced plans for "Habito," expected to be a departure from his traditional style, in Warsaw following success for "Volver" at the European Film Awards on Saturday night.

"I'm in the midst of a change. My next film will be totally different from the previous 16," Almodovar said in the interview with Spanish daily El Pais. "It's a very tough story about revenge. It has nothing to do with 'Volver' or my life."