With 2006 coming to a close, I am hard at work on my year end lists. I am still working on my Ten Best list as there are a few well received films I have yet to see. So to begin my 2006 retrospective, here are my picks for the worst of the year:
1
SILENT HILL 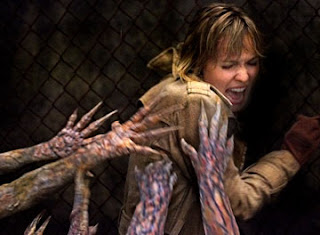 This whole movies based on video games trend needs to stop. Now. Because they keep churning out unwatchable dreck like this. Not only does it make little sense, but the dialogue is some of the worst of the year and the monsters are laughable. Fans of the video game seem to get it. But the rest of us are just scratching our heads. Never have I cared less how a movie ended. And then it's a shameless rip-off of "The Sixth Sense." Quite simply, it's the worst of the year. 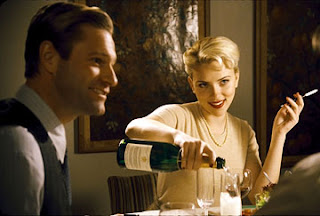 This movie is the very definition of a mess. Brian DePalma's laughable attempt at film noir is an insult to film noir. Besides having little to do with the titular murder case and making little sense, "The Black Dahlia" features some of the campiest performances seen in a mainstream movie in years, making it an unintentional comedy. It's a train wreck from start to finish. 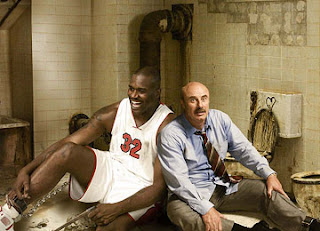 I won't say anything else except that this series needs to end. Now. 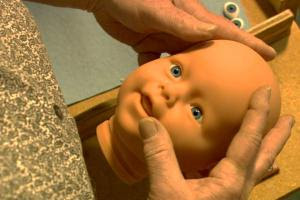 I'm beginning to think that formerly well-respected director Steven Soderbergh has lost his mind. After a string of excellent films that culminated in dual Oscar nominations in 2000 for "Erin Brockovich" and "Traffic," Soderbergh has consistently pursued increasingly bizarre projects, like this interminable, inexplicable experimental film that was released simultaneously in theaters and on DVD. Using a cast of non-professional actors (whose inexperience is painfully obvious), "Bubble" tries to tell the story of a woman whose mind is slowly unraveling while she works a dead end job at a creepy doll-factory. Yet Soderbergh squanders the potential with bad actors and unbelievable twists. A vanity project if ever there was one, that deserves its status as a failure. 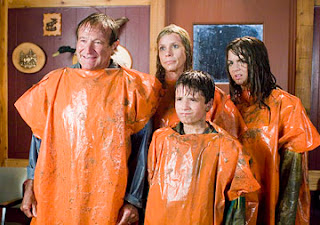 The fact that a comedy casts Robin Williams as the straight man should have sent up red flags right away. But this treacly family comedy makes that grave mistake, and casts him as a harried father that can't seem to do anything right, who takes his non-communicative family on a vacation in an RV to try and reconnect. If the comedy in this film were any staler it would grow mold. Inane slapstick and shameless sentimentalism are the order of the day here (the screenwriters even have the gall to include a speech at the end about what the message of the film is). A snooze. 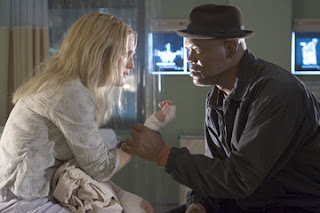 When even Samuel L. Jackson looks bored, you know something's wrong. This muddled "Crash" wannabe takes the story of a white woman who accuses a black man of hijacking her car and kidnapping her child tries to be important, but comes off as bland and toothless, with tired twists you can see coming a mile away. 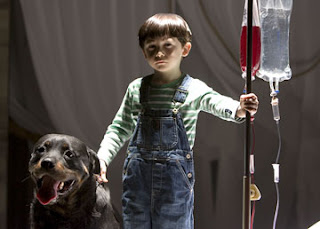 Yet another pointless remake in an endless parade of pointless remakes. This time pandering to the "Left Behind" crowd, this bland take on the minor 1976 classic about the birth of the Antichrist is, like the remake of "Psycho" before it, pretty much the same film as the original…line for line, shot for shot. Except this time with lackluster performances (Liev Schreiber is no Gregory Peck) and an underachieving score (where is Jerry Goldsmith's immortal "Ave Satani?" Relegated to an obligatory end credits performance). So why remake it? Money…pure and simple. It's a cheap capitalization on the release date (6/6/06), nothing more. 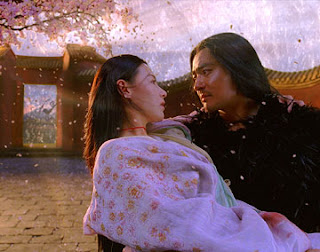 Chen Kaige is a good director. He has made some really good films ("Farewell, My Concubine," "Together"). "The Promise" is not one of them. A master of small-scale emotion, Chen is woefully out of his element in this big budget Wuxia film (the most expensive ever made in China), about a little girl who makes a deal with a goddess to become the most beautiful woman in the world, in exchange for living a life without love - and the two warriors fighting for her hand. It's a great premise, but it is done in by some of the most laughably bad visual effects in years. All involved are just trying way too hard to make a beautiful romantic martial arts fantasy on the level of "Crouching Tiger, Hidden Dragon," "Hero," or "House of Flying Daggers." But this doesn't come close. 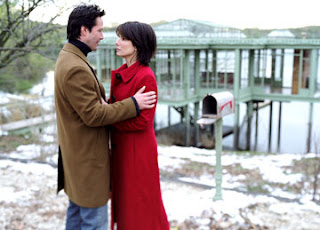 I'll admit I was intrigued by the premise - two people fall in love by communicating via letters that travel through time via a mysterious mail box. It may seem shamelessly romantic, but that's not always a bad thing (for a good example, see "Moulin Rouge"). But this is just silly. The plot is convoluted at best, and downright ridiculous at worst. Predictable and saccharine in the extreme (and it's logic is extremely scattershot), "The Lake House" is the epitome of a bad romantic comedy. Suspending your disbelief is one thing. Turning your brain off entirely is a completely different matter. 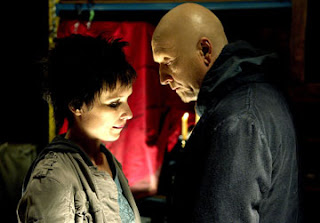 Another needless sequel. "Saw III" is just another excuse to put blood on the screen and little else. Which it does, by the gallon. In fact it becomes so laughably extreme that one almost wonders why they even bothered to have a story when it is obvious that the point was to have every second of the film soaked in blood.
Email Post

Reel Fanatic said…
Luckily, I only managed to see two of the execrable flicks that made your list, "Scary Movie 4" and "Freedomland" .. I have to say, though they were both just plain awful, I was much more disappointed with "Freedomland" because it's based on a pretty great novei by Richard Price
4:33 PM

Matthew Lucas said…
I never actually read the book but I agree about how disappointing it was. They had a chance to have some real, meaty social commentary. Instead they just go for the cliches.
6:44 PM