Review: "The Girl with the Dragon Tattoo" 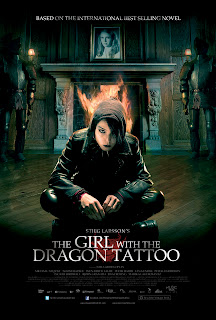 It shouldn't be surprising that there is already talk of an American remake of Niels Arden Oplev's hit Swedish serial killer drama, The Girl with the Dragon Tattoo, before it is even released in the US. After all, it's already the most successful film in its home country, why shouldn't Hollywood be salivating over the prospects of taking it for a spin with the no-subtitle crowd?

Based on the novel by the late Stieg Larsson, the first in the so called Millennium Trilogy, The Girl with the Dragon Tattoo is steeped in Larsson's self professed love for American crime fiction. It is, at its heart, a potboiler, and Oplev embraces that with unabashed aplomb.

The film introduces us to Mikael Blomkvist (Micahel Nyqvist), a disgraced journalist who is being sent to prison for slander after publicly accusing the CEO of a successful financial institution of several serious crimes. In the six months before he is to begin his three month prison term, Blomkvist is approached by Henrik Vanger (Sven-Bertil Taube), a wealthy retired businessman, to help solve a decades old case in which his 16 year old niece. Harriet, whom he treated as his own daughter, disappeared without a trace. 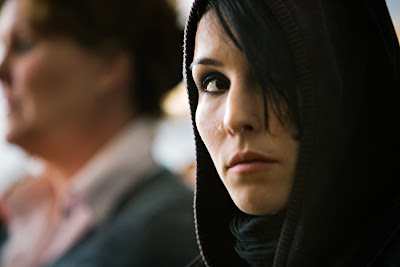 Intrigued by the prospect (and its high pay grade), and not wanting to cause his employers any further embarrassment by his presence, Blomkvist agrees to investigate the case. Along the way he meets and enlists the help of an enigmatic young hacker named Lisbeth Salander (Noomi Rapace), who has a dark and troubled past and is under the thumb of a reprehensible guardian. Together, they uncover a link between Harriet and a series of ritualistic, religiously motivated murders. As they work to uncover the past, it quickly becomes clear that someone does not want them to fund the answers, the very someone who Harriet may have once discovered herself more than 40 years ago.

At its heart, The Girl with the Dragon Tattoo is a cheaply entertaining piece of pulp fiction hackery, a beach read come to life in film form. There's nothing new under the sun here. Oplev uses every tired trick in the book - red herrings abound, shadowy figures dart across the frame accompanied by quick musical exclamations from the score. It's a dime store paperback novel as a movie, walking the well trod path of serial killer dramas that came before it. 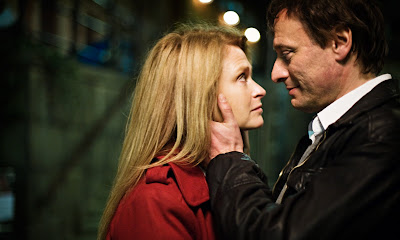 To its credit, however, it never tries to be anything more. As a lurid late night distraction, a midnight movie cable channel surfers, it works just fine. It knows its place, and stays there, even if it never quite earns its bloated 152 minute running time. Genre cliches abound (can we please retire the whole "villain reveals entire dastardly plot when he thinks he has the upper hand" device now?), but while his back of tricks may be decidedly old hat, Oplev keeps the film consistently entertaining throughout. It doesn't hold a candle, however, to the similarly themed but far superior Red Riding trilogy, which was released earlier this year, which are true examples of how to transcend the material and do this kind of thing right.