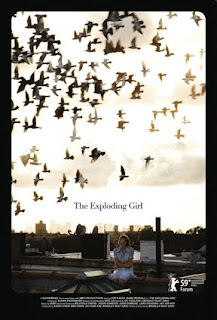 It's telling that Treeless Mountain director So Yong Kim is one of the producers of Bradley Rust Grey's The Exploding Girl. Grey has the same kind of neo-realist goals in mind as Kim's naturalistic, and superior, slice-of-life tale, but has filtered it through the much more improvisational, mundane lense of the mumblecore genre. Mumblecore has sparked much debate among critics and cinephiles as to its merits and indeed even its viability and legitimacy as a cinematic movement. It has seen the rise of directors like the Duplass brothers (The Puffy Chair, Baghead) and Andrew Bujalski (Funny Ha Ha, Beeswax), and countless words have been poured out from critical keyboards in defense, disdain, and definition of it; but the question remains, what is mumblecore other than the improvised ramblings of bunch of disaffected twenty-somethings? What is its purpose as a movement? Is it even an actual movement?

I have yet to be truly impressed by any self proclaiming mumblecore films. I didn't mind the Duplass' Baghead, but found its scripted moments to be the best thing about the film. As a whole, I generally find them bland and uninteresting - the self absorbed useless ramblings of boring, directionless young people. 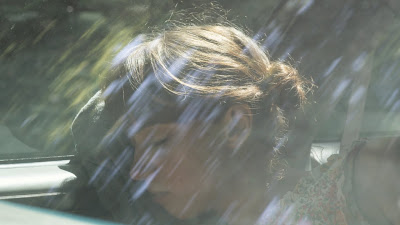 In that sense, The Exploding Girl is business as usual for the genre. College student Ivy (Zoe Kazan), is home for spring break. Her best friend, Al (Franklin Pipp), is also in town for break, and in need of a place to stay, so Ivy and her mother (Maryann Urbano) agree to put him up for the week. Ivy spends most of the break trying to get in touch with her boyfriend, who never seems to be available, and is growing more emotionally distant by the day, as he takes care of a hospitalized ex-girlfriend far away from Ivy. Even in the face of her own relationship woes and dealing with epilepsy, Ivy tries to help Al with his own romantic quests, as he sets his eyes on a mutual acquaintance. Unbeknownst to her, however, her friendship with Al is growing stronger by the day, and evolving into something much deeper that neither of them ever expected.

Like most mumblecore films, The Exploding Girl feels wholly real, as is a camera crew followed real people around and simply captured their lives on film as they happened. Its purpose is to wholly immerse a film into the every day life of someone else, but the problem with is that there is ultimately not much there to build a film around. The dialogue feels realistic, but almost self consciously so, a common pitfall of many mumblecore films. The characters are often downbeat and aimless (hence the 'mumble' in mumblecore), it's strenuously real, not effortlessly real. 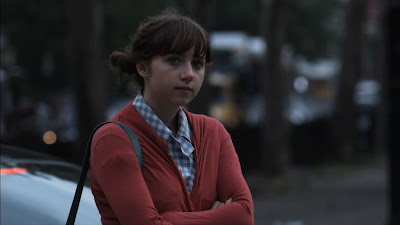 Zoe Kazan, on the other hand, makes for an appealing lead. Her presence centers the film, and she carries it well. It is mostly thanks to her that the film overcomes its somewhat rambling nature and achieves some sort of emotional connection. It is a film that revels in day to day banality, taking naturalism to a nearly formless extreme. But it is that precise lack of narrative form that somehow draws you in. The Exploding Girl is a film that sneaks up on you. It rambles on for most of its running time in typical, prosaic mumblecore fashion, but then packs a surprising emotional punch.

Grey builds to a quietly moving climax, and while there isn't much of a story to build on, he builds on character emotions and the atmosphere of the city, be it in the sound of a flock of birds at sunset or just the sounds of passing cars, to create something disarmingly beautiful. It is unlikely to revolutionize the genre by any means, but The Exploding Girl makes the most of its bare bones story to create a free flowing and even lyrical look at the fuzzy line between friendship and love.